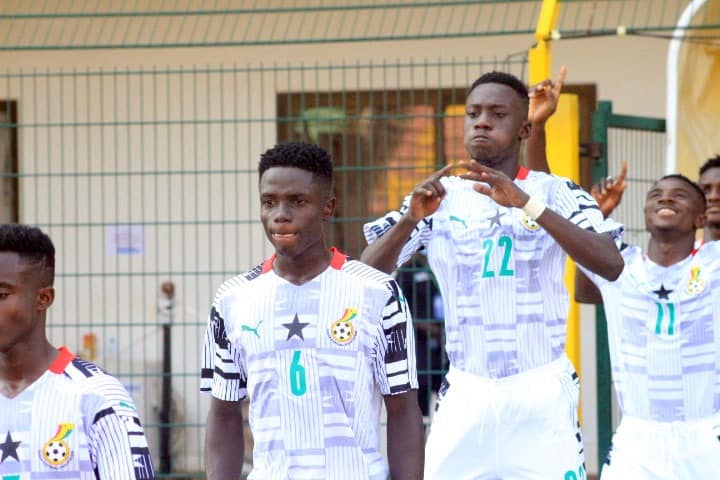 Ghana’s Black satellites announced their return to the Africa U-20 Championship with an emphatic opening day victory over debutants Tanzania.

The three time champions wasted no time in establishing their intentions after Precious Boah’s curling freekick took a dink before beating the Tanzanian goalie for the opener after just three minutes.

Abdul Issaku Fatawu scored what could end up being the goal of the tournament, after brilliantly firing right after the second circle to make it two before half time.

Moments later, Precious Boah doubled his tally to make it three for Ghana after receiving a pass from Sulemana Mohammed, before dummying one defender and slotting in beautifully.

Despite the strong performance by the WAFU champions, Tanzania had their best moments but Dan Lad Ibrahim made two brilliant saves in the 70th minute to deny them a consolation.

The Black Satellites will next play Morocco on Friday and a win will send them to the knockout stages.