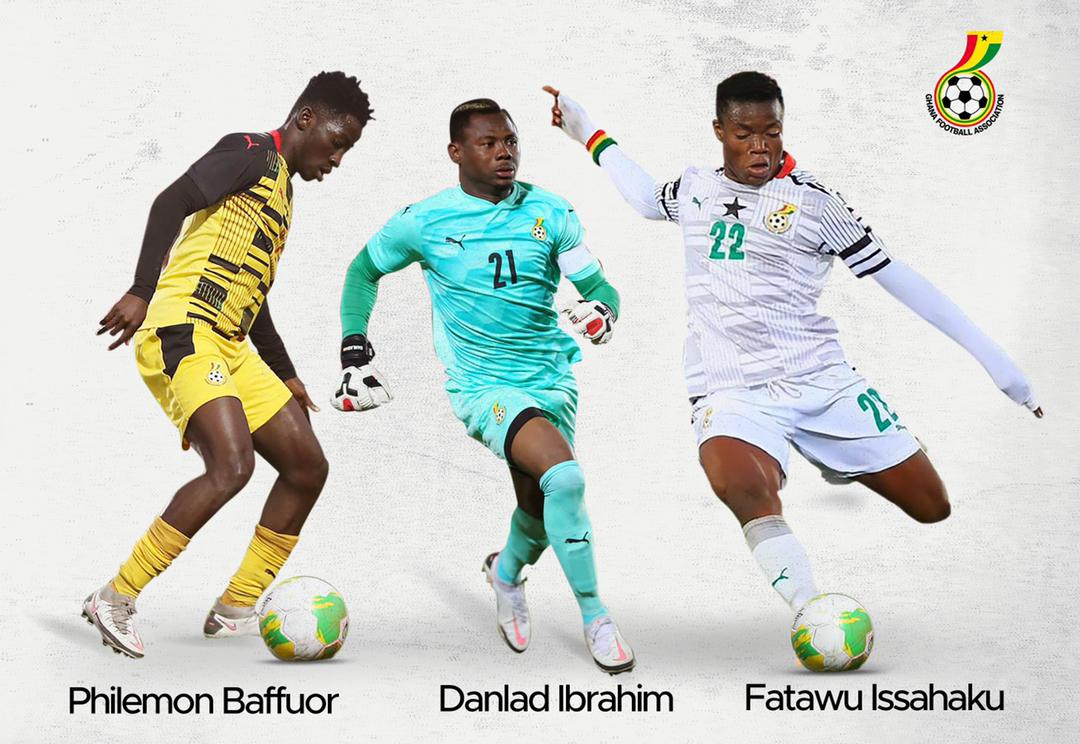 Most Valuable Player at the just ended Africa U-20 Cup of Nations, Abdul Fatawu Issahaku and two of his U-20 triumphant teammates have earned their maiden Black Stars call-up ahead of the double AFCON qualifiers later this month.

Issahaku, Asante Kotoko goalkeeper Ibrahim Danlad and Dreams FC’s Philimon Baffuor have all received invites to the Black Stars team ahead of the games against South Africa and São Tomé this month.

The trio were handed the call up by coach Charles Kwablan Akonnor following their heroic performances at the U-20 Cup of Nations as Ghana lifted the trophy for the fourth time.

The trio will join the domestic based Black Stars team for preparations as C.K Akonnor fine tunes the team ahead of the international assignments.

The Black Stars will take on South Africa on Match 25 before hosting São Tomé and Principe four days later.

Ghana sit at the top of Group C with 9 points and are in search of a ticket to the 2022 Africa Cup of Nations in Cameroon.