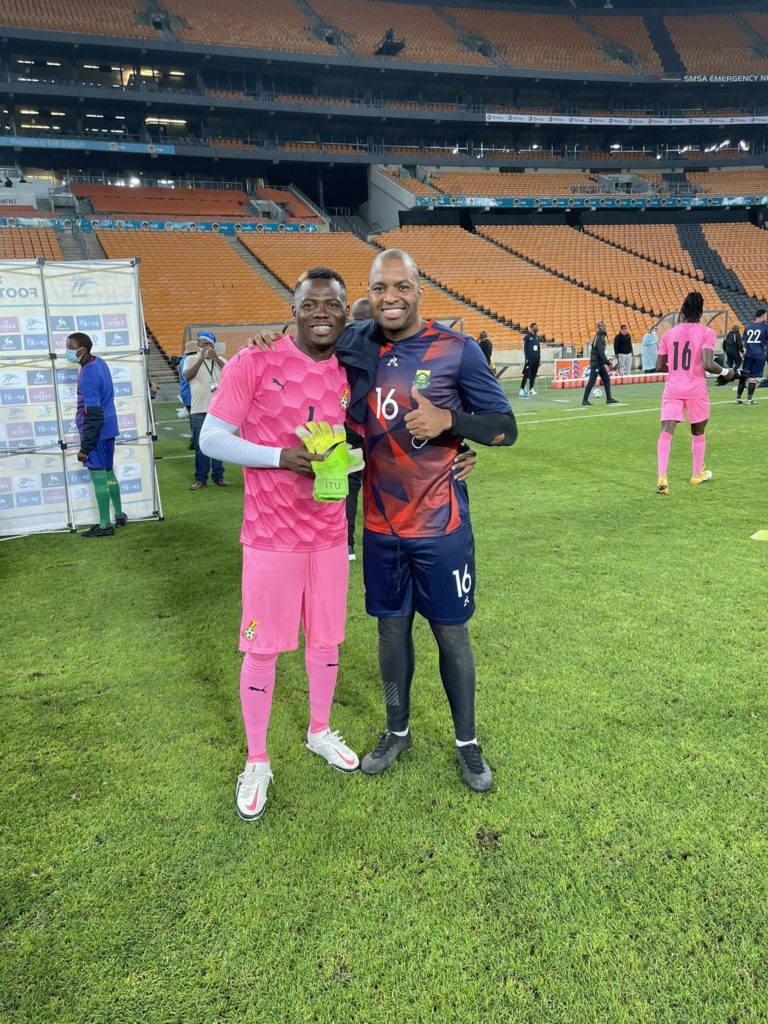 Danlad met the veteran goalkeeper after Ghana’s nations cup qualifier against the Bafana Bafana at the FNB stadium in Johannesburg on Thursday.

Both goalkeepers were on the bench of either team as Ghana earned a significant draw to qualify for the Africa Cup of Nations.

The Asante Kotoko goalkeeper took the opportunity to meet his mentor after the game.

“It’s dream come true meeting my mentor Itemelung Khune, having some hugs and pictures with him. Thank you so much Legend and May Allah bless you,” a delighted Ibrahim posted on Twitter.

Danlad Ibrahim is one of the best young goalkeepers emerging on the African continent, having excelled at the U-20 Cup of Nations, where Ghana finished as champions.

He was named the tournament’s best goalkeeper and was also selected as the best shot-stopper by IFFHS for players below the ages of 20 from the African continent.

He is currently with the Black Stars for the upcoming qualifier against São Tomé on Sunda and will join King Faisal on loan for the second half of the Ghana Premier League.