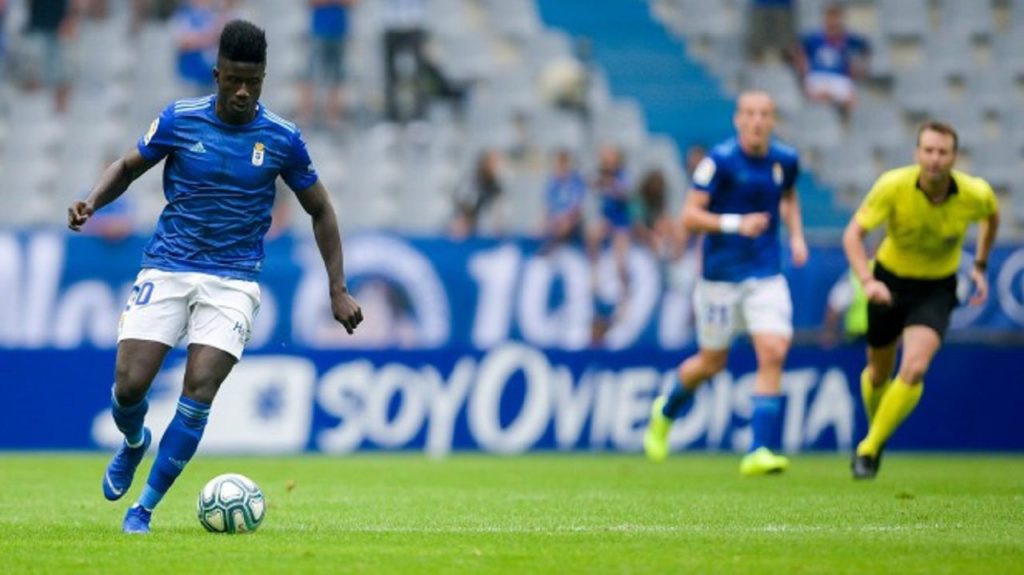 National assignment has robbed Real Oviedo of the chance to field in-form striker Samuel Obeng in the Asturian derby against UD Las Palmas.

Real Oviedo will play as guests against fellow strugglers Las Palmas in the Spanish Segunda Division B at the Estadio Gran Canaria on Sunday.

The Blues will be aiming to end their poor run of results in the game after picking two draws and two wins in their last four matches.

They will however have to do it without the attacking potent of Ghanaian striker Samuel Obeng who has been a revelation in the ongoing campaign after netting 3 goals in 5 games.

The 22-year-old is currently on a national duty with Ghana's U-23 side at the ongoing Africa Youth Championship in Egypt.

He will not return to the side's camp until at least the end of next week as the Black Meteors have one last game left to play against South Africa.

The Meteors fell against Ivory Coast in the semifinal stage of the competition following a shootout defeat but can still book a ticket to the 2020 Olympic Games in Tokyo should they overcome South Africa in the third-place playoff on Friday, November 22, 2019.

Obeng has been one of the key players for the West Africa giants in the tournament, providing two assists and scoring one in four matches.