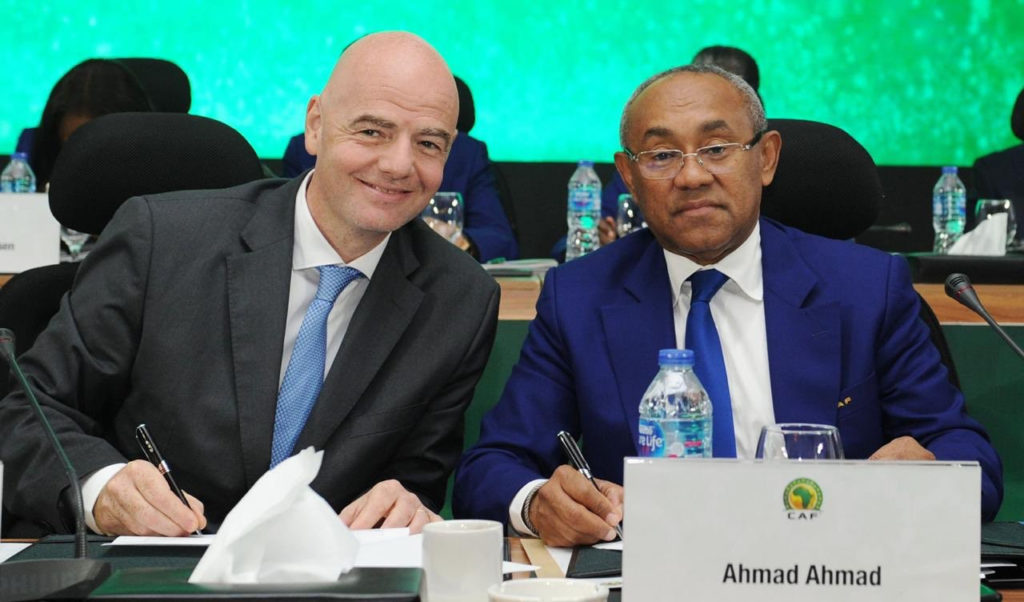 CAF President Ahmad Ahmad led the African bloc to vote unanimously for Australia and New Zealand to win the bid to host the 2023 Women's World Cup.

The Malagasy leader of Africa's football governing body (CAF) ensured that all the seven African votes on the FIFA Council went to the joint bid to host women's football flagship tournament.

Australia and New Zealand won the bid to host the 2023 Women's World Cup on Thursday after beating Colombia in the vote by the FIFA Council members.

The Africans strongly backed FIFA President Gianni Infantino as they voted along similar lines to ensure that the two countries won the right to co-host the event by 22-13 votes.

The Europeans, who are arch opponents of globalist agenda of Infantino, were led by the UEFA President Aleksander Ceferin to vote in unison for the South Americans, who have a partnership with the UEFA. 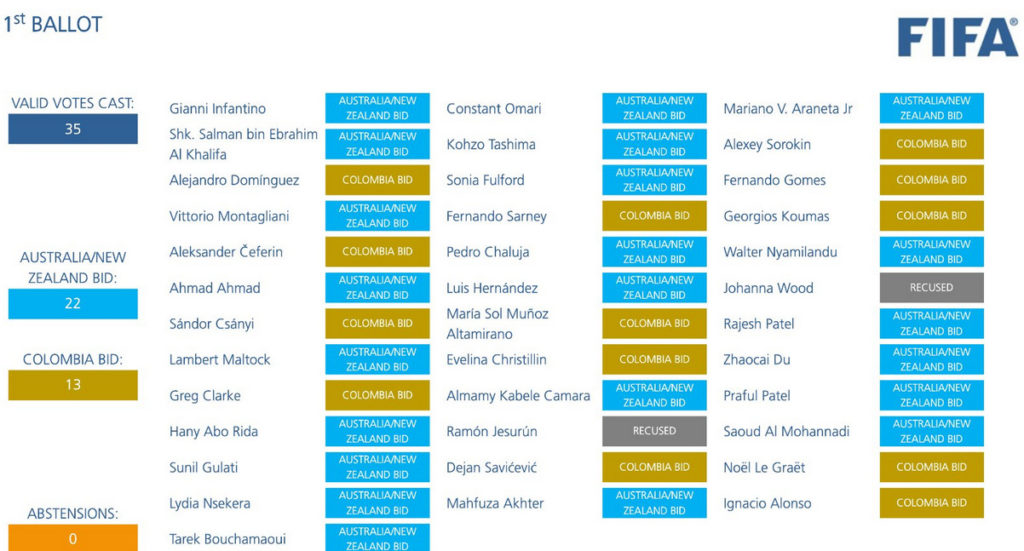 Votes by FIFA Council members on Thursday
The backing for Asia and Oceania not only completed the victory for the joint bid but also a political win for Infantino who has been on a warpath with UEFA over plans to expand tournaments.

The victory shows that the political rift in world football is still alive with Infantino retaining his strong support in Africa and other continents like Asia and Oceania.

Initially, there were four bids to host the 2023 tournament but both Japan and Brazil dropped out before the final vote citing the financial implications of the coronavirus pandemic.

The joint bid from Australia and New Zealand ranked highest in FIFA's technical evaluations, while Colombia ranked the lowest of the three bids evaluated.

The level of infrastructure and commercial opportunities was highlighted in the report as an advantage for the joint bid but there were concerns over the logistics of hosting a tournament across the two countries.

"As the first joint (and cross-confederation) bid to host a FIFA Women's World Cup, it also offers the opportunity for unity and cooperation with a view to boosting the development of the women's game across the Asia-Pacific region -- which would be hosting the tournament for the first time," the report said.

"A joint bid, however, can also be a more complex undertaking, since it requires the management of cross-border components for the delivery of the event."

Colombia met the minimum requirements for hosting a tournament but "would need a significant amount of investment and support" before it would be ready to host the tournament, according to the FIFA report.

The governing body also stated there would be "clear risks that the necessary improvements would not be carried out" in time for the tournament.

Neither Australia or New Zealand have ever hosted a World Cup. In 2010, Australia made a bid to host the 2022 World Cup -- which will be held in Qatar -- but were eliminated in the first round after receiving just one vote.

The 2019 Women's World Cup in France was hailed as a watershed for global interest in the women's game with record breaking audiences of 1.2 billion people tuning in over the month-long event.