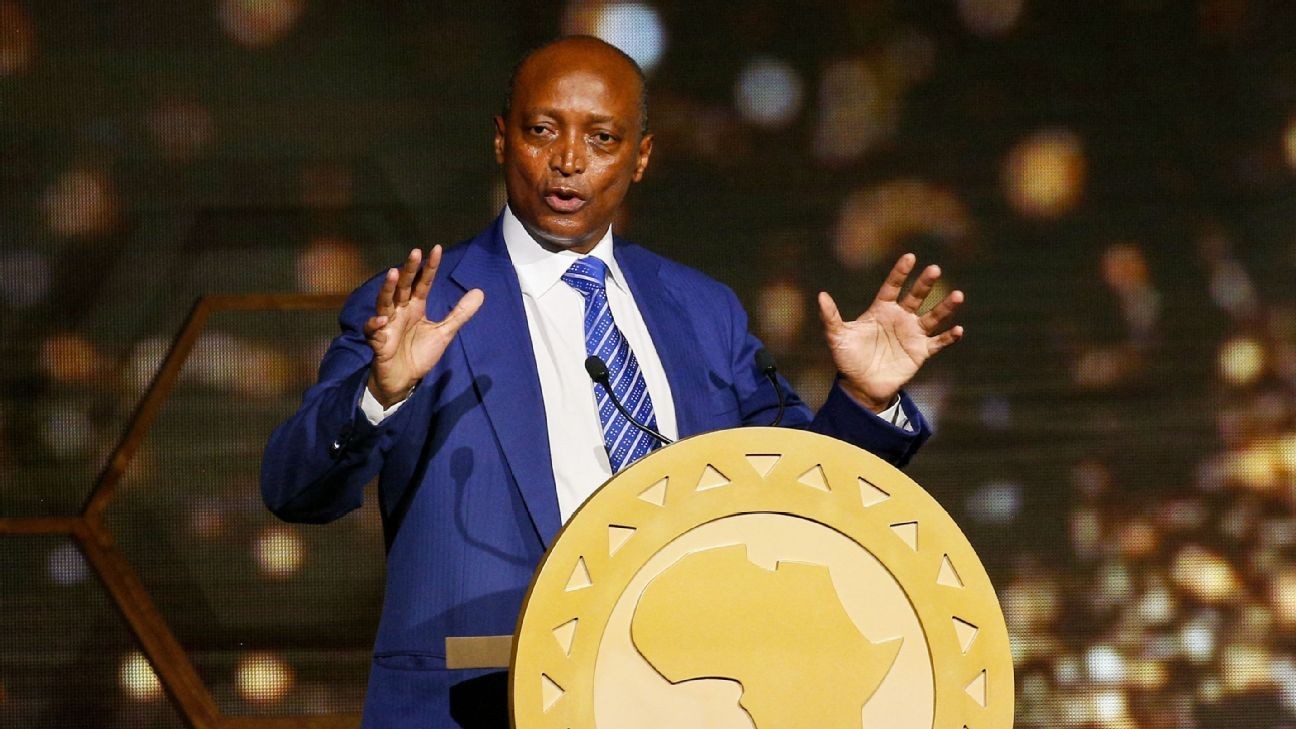 Confederation of African Football president Patrice Motsepe is set to announce the plans for an African Super League on Wednesday. AFP via Getty Images

An African Super League is to be announced on Wednesday by Confederation of African Football (CAF) president Patrice Motsepe with the promise of $100 million in prize money for clubs across the continent.

The project has been in the pipeline since it was first suggested by FIFA president Gianni Infantino in early 2020 and has been met with almost none of the derision and outrage that followed a similar attempt in Europe last year.

Only the players' union in South Africa, in a statement this week, has criticised the plan, saying: "Professional football in South Africa and Africa could be at risk if the resolution to commence with the Super League is implemented and there may be no return from the wreckage that a Super League can become."

Motsepe has promised sponsorship and revenue returns unheard of for African football, where the annual Champions League winner earns $2.5m in prize money.

He has claimed, at several previous news conferences, that the Super League will allow clubs to pay top talent wages to match those in Europe and therefore allow African teams to keep their best players.

The Super League, which officials told Reuters is likely to be named the African Football League to disassociate it with the negative connotations of last year's failed European Super League plans, will have 24 teams and start in August next year.

It will offer $100m in prize money with $11.6m for the winner. CAF also intends to pay each African football association $1m annually from the league's earnings. There are 54 member associations of CAF.

It is not clear whether CAF has finalised the list of clubs, but they will come from 16 different nations with a maximum of three per country.

They will play a group competition first, divided into three groups of eight clubs, before the majority of clubs move onto an American-style playoff system, including wildcard berths.

CAF plans to continue with its club showpiece Champions League but officials said there were plans to revert back to a two-legged knockout competition, dispensing with the group phase.

When he raised the concept at a CAF seminar in Morocco in February 2020, Infantino said: "We have to take the 20 best African clubs and put them in an Africa league. Such a league could make at least $200m in revenue, which would put it among the top 10 in the world."