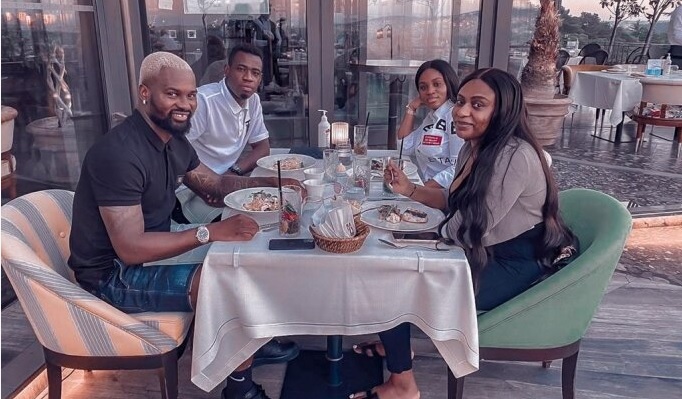 Aziz Tetteh and Afriyie Acquah on summer holiday with their spouses

Turkey-based duo Afriyie Acquah and Abdul Aziz Tetteh have gone on summer vacation with their wives.

The close pals choose neighbouring Germany for the short holidays.

Tetteh,30, who plays for Gaziantep FK, suffered a knee injury during a league match in November 2019 which ended his season.

He had to undergo successfully surgery in Poland and has since not return to competitive soccer.

Tetteh had made just six appearances before the incident.

On the other hand, Acquah was one of the most impressive midfielders in the Turkish Super Lig with Yeni Malatyaspor.

He scored one goal in 27 league appearances as his side got demoted.