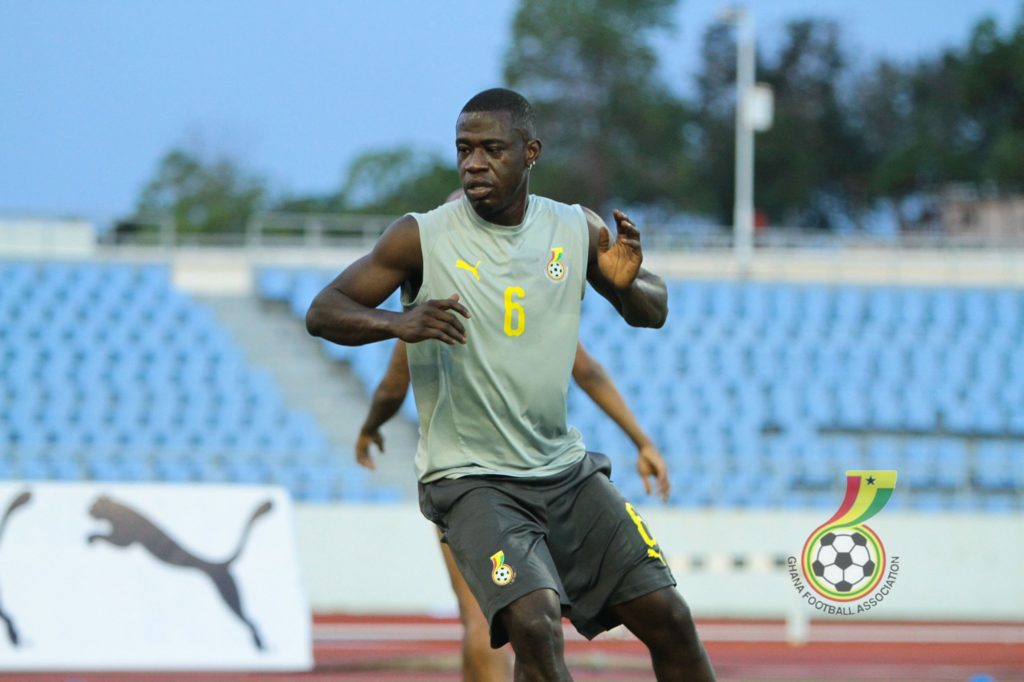 The agent of Ghana player Afriyie Acquah has said his client has all the motivation to exceed expectations after signing for Saudi Arabian side Al Batin FC.

Acquah who has been a free agent after his contract in Turkey expired at the end of the concluded campaign this week sealed a deal to the Saudi Arabian Pro League.

The Black Stars midfielder spent the last two seasons in Turkey, playing for Yeni Malatyaspor, but the two parties opted to stop the association after his contract expired.

With the 2021/2022 season set to start in a few months,  the 29-year-old has now found a new home in Saudi Arabia where he will be expected to use his experience to help his new team.

"[Acquah] had a very good season in Turkey and the player is in great shape for this adventure," his agent Oliver Arthur said as quoted by GhanaSoccernet.

"This is new terrain with new challenges but Acquah has always risen to the occasion and so I know he can meet expectations."

Al Batin concluded last season with 36 points from the 30 games they played. They managed nine wins, as many draws, and 12 losses. They scored 43 goals and conceded 55 in the process.

The Black Star spent two seasons at Yeni Malatyaspor, making 59 appearances and scoring three goals. His new team hopes the experience possessed by the West African will help them have a better forthcoming campaign as opposed to the concluded one.

Acquah has initially played for Italian side Palermo from 2011-2013 where he made 31 appearances. He also played a combined 54 matches for Parma albeit on loan from Palermo and German side 1899 Hoffenheim respectively.

He was also loaned out by the Bundesliga side to Sampdoria in the 2015 season, where he played 10 matches and scored one goal.

Between 2015-2018, he played for Serie A charges Torino whereby he scored five goals in the 71 games played. His consistency attracted Empoli who went for his services in 2018.

In the one season he played for them, he managed two goals from the 28 matches before leaving for Turkey.

Acquah has been a regular for Black Stars since 2012, and has so far played 36 international matches, scoring once.