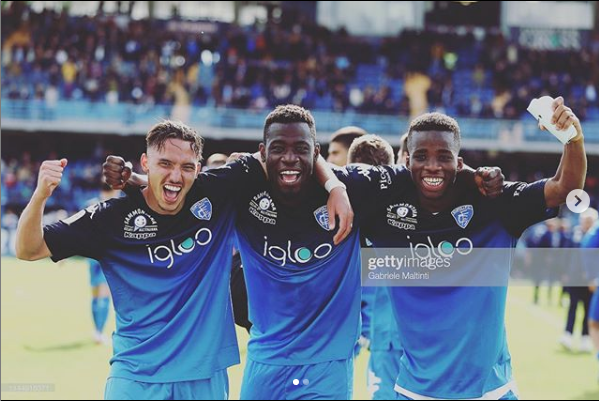 Ghana and Empoli midfielder Afriyie Acquah has expressed his delight after he scored in his team’s 4-1 win over Torino in the Serie A on Sunday.

Afriyie Acquah scored in the 27th minute to put his side in the lead.

Empoli were in dire need of the win to escape relegation.

“Great win for us together we stand”, he indicated on his official Instagram page.

The 27-year old has played 27 matches for Empoli this season and has scored two goals.

Empoli have moved a step above the relegation zone after this win.

Afriyie Acquah is likely to make the Black Stars squad for the 2019 Africa Cup of Nations to be staged in Egypt.