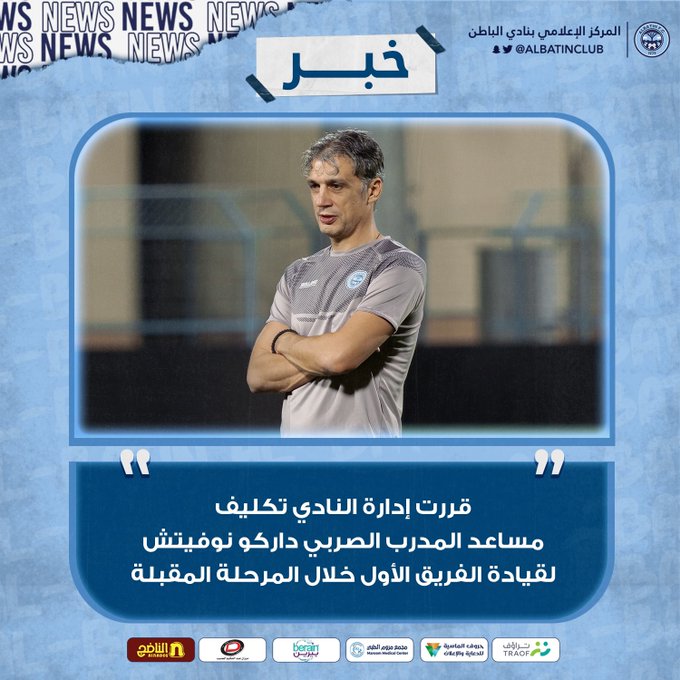 This was after the club fired Nenad Lalatovic on Sunday- a day after their 3-0 home defeat to Al Shabab in a Week 8 fixture.

Nović took charge of training on Monday, October 18, to prepare for Thursday's clash against Al Feiha.

Acquah played for 61 minutes before being substituted by Hussain Al-Eisa after picking up a foot injury.

He has started in all six matches he has featured for the club in the league since his summer move on a free transfer.

The 29-year-old could recover for their next match which will be at home against Al Feiha.

Al Batin are second bottom on the league table with six points from the available 24.