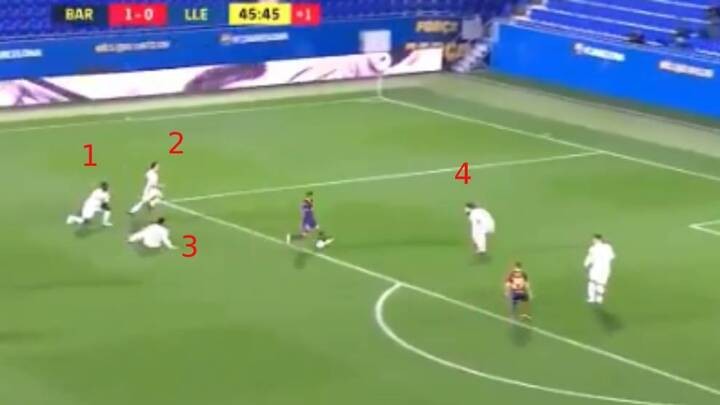 Konrad de la Fuente led Barcelona B to a 2-1 win over Lleida Esportiu over the weekend, and he came desperately close to a stunning goal in the second half.

After gathering the ball in his own half, the American set off on a 60-metre run that ended with a curling effort that looked destined for the far corner. Unfortunately, the goalkeeper was able to stretch and turn the ball behind.

Konrad did get on the scoresheet, though, with another effort shortly afterwards, firing low into the bottom corner from just outside the box. Nils Mortimer got the other goal of the day for the Blaugrana youngsters.