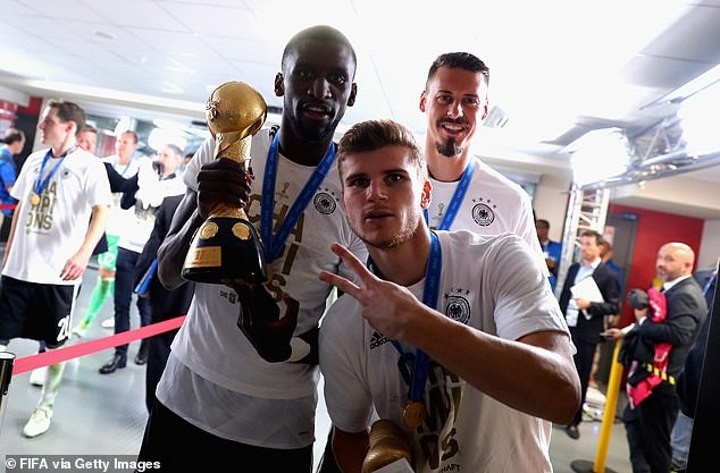 Antonio Rudiger reportedly helped persuade Timo Werner to join Chelsea as the Premier League side edge closer to pulling off a major coup in the transfer market.

On Thursday night, reports emerged that the RB Leipzig star had agreed a deal to join the west London club next season, seeing off strong contenders Liverpool in landing the 24-year-old.

And fans believe that Rudiger, who plays alongside the striker for their country, Germany, may have had a helping hand in securing the deal.

According to Bild (via Metro), those rumours seem to be true as the German outlet reports that Rudiger played a 'key role' in convincing Werner to join Chelsea instead of Liverpool.

The publication claims that the defender followed Werner's decision-making closely and often gave him glowing reviews of life in west London.

Rudiger and Werner have a strong friendship, having played in the youth set up for Germany as well as coming through together at Stuttgart.

Chelsea have reportedly promised to triple Werner's current wage, making him the club's second-highest paid player on £200,000 per week.

He is also likely to see far more game time at Stamford Bridge than what he is expected to have got at Anfield, with Roberto Firmino holding down the centre forward position for Jurgen Klopp's side.