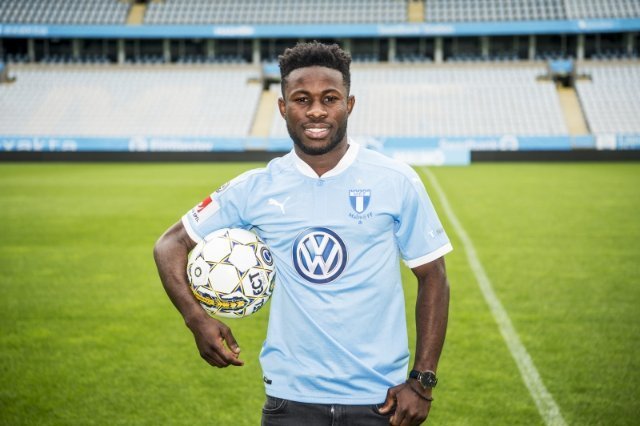 Ghanaian midfielder Kingsley Sarfo has not been released from prison in Sweden, according to his agent Niklas Strand.

Widespread reports in the local media indicated that Sarfo had been released in Sweden and joined Asante Kotoko.

According to reports, Sarfo was among the players unveiled by the Porcupine Warriors on Friday night at Manhyia Palace.

“Kingsley Sarfo has not been released from prision and he has not signed with Asante Kotoko so disregard such stories,” Niklas Strand, former agent of the player told AshesGyamera.com.

“Kingsley was superhot everywhere before his problems so people would definitely try to link him with clubs but the fact is that he is in jail for a reason and would take some time for him to even recover when released before he can think of returning to the field,” he added.

The 24-year-old was sentenced to 32 months in prison in June 2018 after he was found guilty of rape and having sex with underage girls.