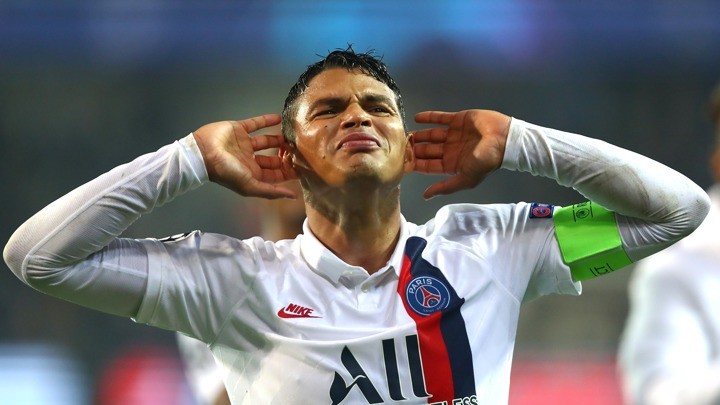 Thiago Silva could return to AC Milan at some point in the future, according to the defender’s agent.

The 35-year-old spent three seasons at San Siro before moving to Paris Saint-Germain in 2012, and was part of the last Milan side to win Serie A in 2010-11.

With his contract at PSG coming to its end, it isn’t clear where Silva’s immediate future lies – and agent Paulo Tonietto isn’t ruling anything out.

“In football everything is possible, but we have to wait to see what will happen because of the pandemic,” Tonietto told MilanNews.

“He has a great admiration for Milan, the years he spent there marked his career. He knows about the great affection the fans have for him.”

Whether Silva will leave PSG or renew his deal with the French champions remains to be seen.

Back in November, he said he was keen to extend his terms with the club.

"I hope so. We will discuss it soon,” he told France Football.

“The idea is to stay at PSG and continue to grow the club. The eight years I have already spent can weigh in the balance. I think I have played a part in the development of the club.

"Today, after eight years here, with the passport in my pocket, I feel French. I'm proud of it.

“Paris is a part of my life. Paris is in my story. Nobody can take it away. I feel French, beyond the passport.

“Today, I'm Brazilian, born in Rio de Janeiro, but my second home is Paris. Nobody can change that. I'll be Parisian for life.”

However, two months after that, agent Tonietto confirmed that no contract offer had yet been made by PSG.

“No, at the moment there are no negotiations with Paris Saint-Germain,” he told GloboEsporte.

“He has already received offers [from outside the club], but I will not talk about other clubs because Thiago's priority is to stay at PSG.

“Football is very dynamic. But at the moment the priority is PSG. We will wait for PSG.

“If they don't approach us with an offer, though, it's clear that we will listen to proposals [from other teams].”