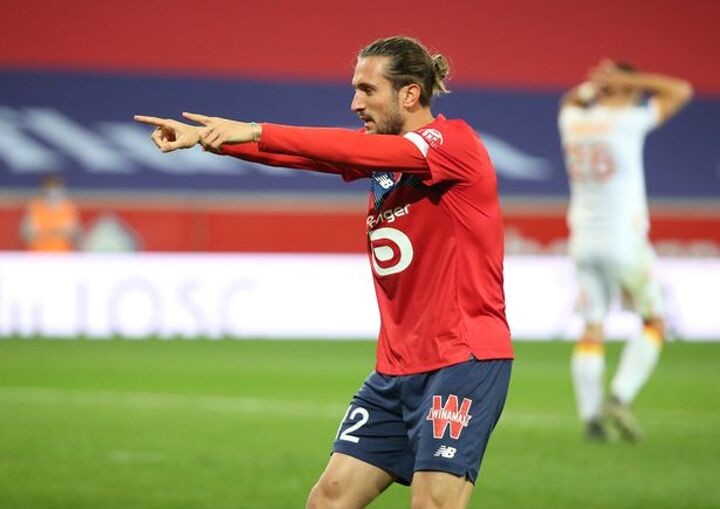 Arsenal have received a boost in their pursuit of Yusuf Yazici after his agent admitted a big-money move is the Lille midfielder's aim.

Yazici, 23, has caught the eyes of clubs across Europe after netting two hat-tricks in three Europa League matches - away at Sparta Prague and AC Milan.

He has also picked up one goal and one assist in Ligue 1 despite seeing limited minutes in the competition, while he is already a seasoned international for Turkey, with 27 caps.

Yazici came through the ranks at Trabzonspor in his homeland and was on Arsenal and Manchester United's radars as a teenage prospect.

He has re-emerged as a target for the Gunners thanks to his displays this season and the latest comments by agent Adem Cebeci hint a move to the Premier League is Yazici's goal.

“It is necessary to be humble, but Yusuf’s achievement of this performance is the result of planned and patient work,” Cebeci told Turkish outlet Demiroren News Agency .

“It is really an honour for the big clubs to take care of Yusuf. Because Yusuf has goals and is moving towards this goal.

“When Yusuf reaches his true potential, they want to sell him to very good clubs for a very good price, and that doesn’t seem too far."

A natural attacking midfielder who can also be used as a centre-forward, Yazici's style of play has led to comparisons with Mesut Ozil.

These were fuelled by the Arsenal man himself in 2018, when he tipped Yazici to play for a "big European club in the near future".

In an interview with Turkish newspaper Hurriyet , Ozil added: "I really like Trabzonspor duo Yusuf Yazici and Abdulkadir Omur, they are incredible talents.

"Yusuf Yazici is an amazing No. 10. We have a lot of similarities and I myself in him. His left foot, his position, his close passing and calmness on the ball."