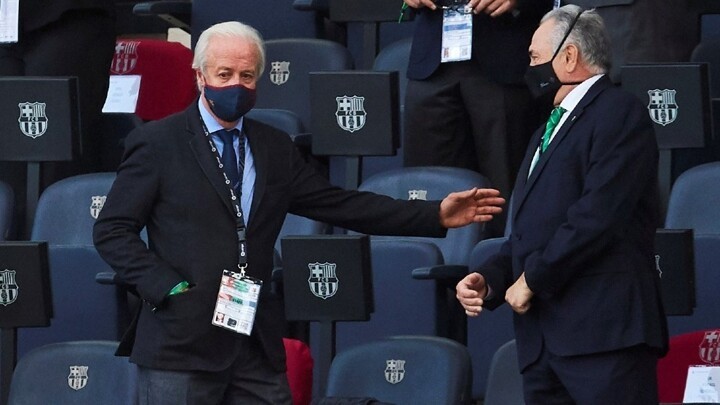 Barcelona's interim board can finally rest easy after resolving one of their major challenges in recent weeks as they have come to an agreement in principle with the squad for a wage cut.

The negotiations continued on Friday, lasting from first thing in the morning to 18:30 CET, having initially begun over two weeks ago on November 11.

"Today, the parties have reached an agreement in principle that allows an adjustment to salaries for the current season, for an amount of 122 million euros fixed remuneration, to which is added the deferral for three years of variable remuneration from this season, budgeted at an approximate figure of 50 million euros," explained a statement on the club's website.

"This principle of agreement is pending ratification in the coming days by the group of players and coaches affected.

"The agreement, if it is ratified, will be a milestone of great importance to redirect the current economic situation.

"That both parties recognise the great effort that has had to be made to reach this principle of agreement and congratulate themselves for it."

The negotiations were first initiated by Josep Maria Bartomeu and have now been taken on by Carlos Tusquets and his temporary board, who have worked hard to find an agreement.

Friday was set as the final deadline to reach an agreement, which was initially pencilled in to be agreed in early November.

The agreement means that Barcelona and their interim leadership team will not have to take unilateral action to reduce wages without any agreement with the current players and coaching team.

COVID-19 and its financial impact on the club has made it a necessary measure for cuts to be implemented and the decision had been taken that it would be implemented even if no agreement was reached, owing to the high percentage of the club's costs which come from their wage bill.