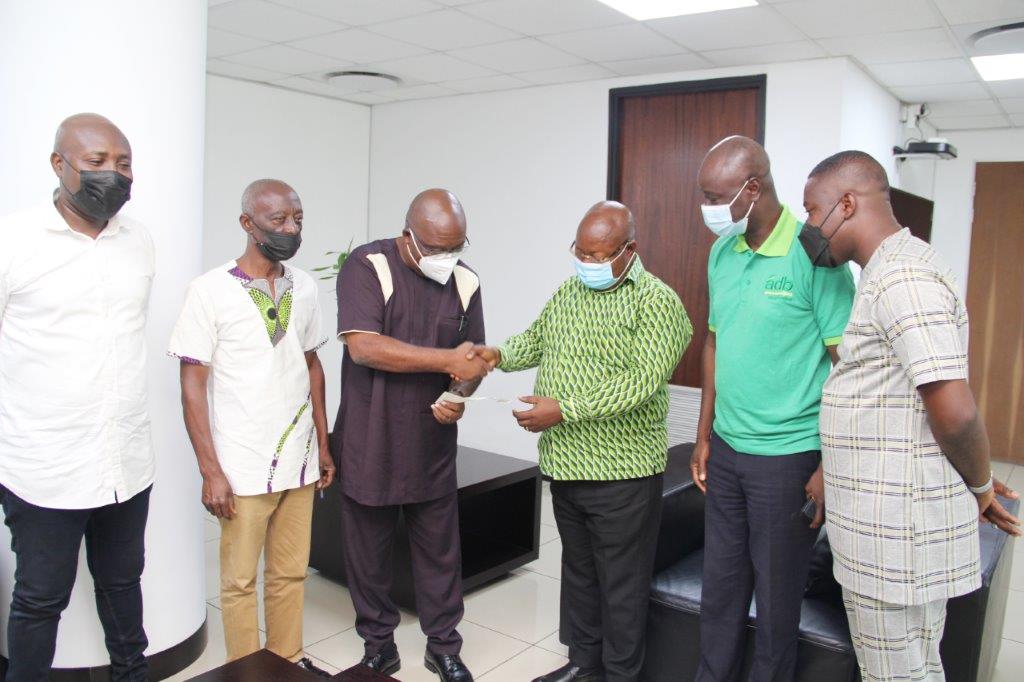 The Agricultural Development Bank (ADB) has presented a cheque for GH¢100, 000  to the Ghana League Clubs Association’s (GHALCA) in support of the development of women’s football in the country.

The donation was in fulfilment of the bank’s pledge at a fundraising event under the auspices of First Lady Mrs Rebecca Akufo-Addo for corporate Ghana to contribute towards the development of women’s football as well as the establishment of the first Women’s School of Soccer Excellence in West Africa and the inaugural edition of the First Lady’s Cup.

“We support the call by the First Lady for corporate Ghana to support the development of women football in the country,” he said.

According to Dr Kofi Mensah, women football equally deserves the same attention as men football since it is an avenue for more women to  influence society and serve as role models in their various localities.

“Just as many young men have become impactful in society as a result of playing football, giving equal attention to female football will also create more role models in our society,” he pointed out.

Dr Mensah pledged the commitment of the bank to support other areas of interest to ensure female football is also developed up to an enviable level just like that of their male counterparts.

The President of GHALCA, Mr Kudjoe Fianoo, commended the bank for the gesture and assured the management of the bank that the funds would be utilised for its intended purpose.

“We are going to commit the funds into the development of women football in the country to make sure we reap from it as a nation,” he added.

At a ceremony last month, Mrs Akufo-Addo raised over GH¢1.25 million (GH¢1,250,000) for the development of women's football in the country through cash and pledges from individuals and corporate organisations.