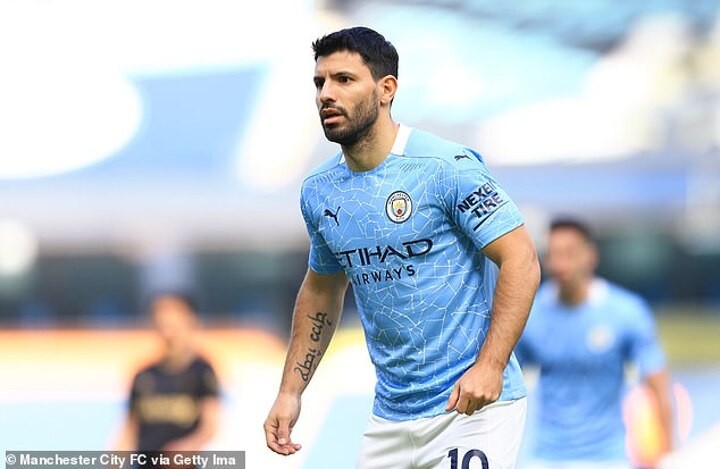 There will come a point this season when a ball falls to Sergio Aguero and the stars align for Manchester City. Given his history here, thinking otherwise would be illogical.

It will probably be a big goal, one of real significance, because Aguero is a magnet to defining moments. Strikers with that poaching nose always are and he is one of the greatest among them.

Those sort of chances, the manufacturing of potentially a final momentous flash of crucial brilliance, do look more likely to arrive from the bench these days though. The goalscorer on as a substitute to the rescue, rather than the leading light driving them on.

Saturday was the 32-year-old’s first start since October. The first time both he and Kevin De Bruyne have lined up alongside each other for 12 months. It would seem completely inconceivable for City to achieve without those two working in tandem not so long ago.

What became evident, as West Ham suffocated Aguero, was that Pep Guardiola missed those he had omitted by rotation.

Equally, that the Argentine is going to require a period of time to reacclimatise himself to Premier League football. Whether City have that time and patience is up for debate.

City were not great, while West Ham were excellent. Guardiola’s creative protagonists struggled to locate spaces against such well-drilled opposition. Congested, bitty, no zip to the game. And no movement.

Aguero was on the periphery, lasting an hour before making way for Gabriel Jesus. The difference to City’s play thereafter was stark.

It is perfectly reasonable to expect the veteran not to be quite at it, although he will have wandered around the Etihad pitch – not sharing words with the coaching staff as he clambered to the bench – regretting a role in West Ham’s goal, losing the ball in the build-up.

He will have noticed Guardiola’s exasperation at a failure to hold Fernandinho’s ball into him, the visitors turning over possession on halfway.

He will wince at not converting De Bruyne’s cross seconds before coming off, the assist squirming through his legs inside the six-yard box.

It was a sad end to an afternoon that had started with joviality in the pre-match anthem line-up, Aguero clearly delighted to be back out there.

Those close to Aguero maintain he is as physically fit as ever – and could not understand why he had not been given the nod until now.

But there is a difference between fitness and true match fitness. Quite what happens to Aguero, and how he is utilised, is anybody’s guess.