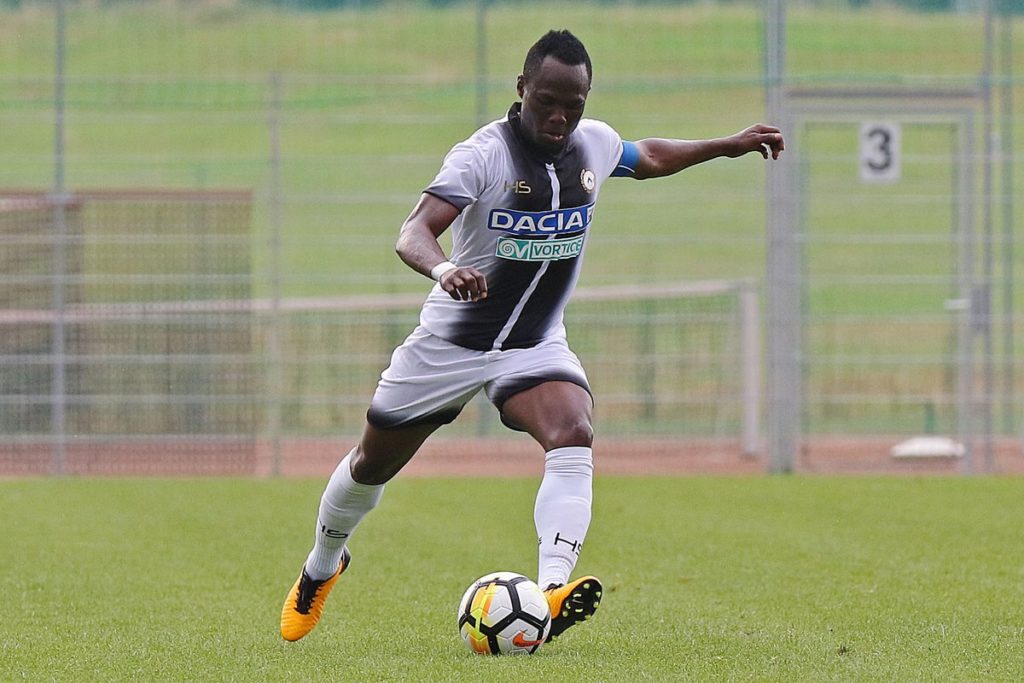 Experienced Ghana midfielder Emmanuel Agyeman-Badu was given the Udinese captain's armband on the final day of the serie A as he led his side to victory.

The 28-year old played a crucial role in the heart of midfield as Udinese defeated Cagliari 2-1 to confirm their stay in the serie A.

The Ghanaian who missed most of the season because of injury saw 85 minutes of action and was replaced by Ben Wilmot.

Cagliari scored first through striker Leornardo Pavoletti in the 17th minute but Emil Hallfredsson and Sebastien De Maio scored two second half goals to hand the Udine club all three points at the Sardegna Arena.

Agyeman-Badu is yet to decide on his future after yet another tough season for him, which saw him play only four games.

He was not included in coach Kwesi Appiah's 29-man provisional squad for the Nations Cup in Egypt this summer.