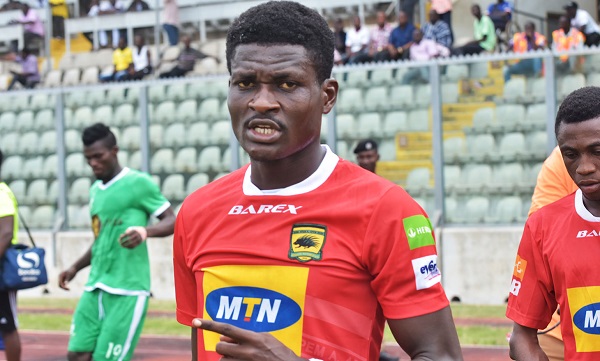 Asante Kotoko defender Emmanuel Agyemang Badu has been suspended for the big game against Hearts of Oak on Sunday.

The 24-year old will not feature on Sunday following the accumulation of three yellow cards in the opening five games of the season.

Agyemang Badu picked up his third booking of the season in his side's 2-0 win against Ebusua Dwarfs last Sunday.

Meanwhile, in his absence Empem Da Costa returns from his ban after he was red carded against Berekum Chelsea on Match Day 3.

Habib Mohammed has also recovered from injury and could make his first appearance of the season against the Phobians.

The Porcupine Warriors returned to winning ways after back to back defeats against Berekum Chelsea and Medeama SC respectively.

Their win last Sunday against Dwarfs is expected to be a morale booster for the Kumasi giants.