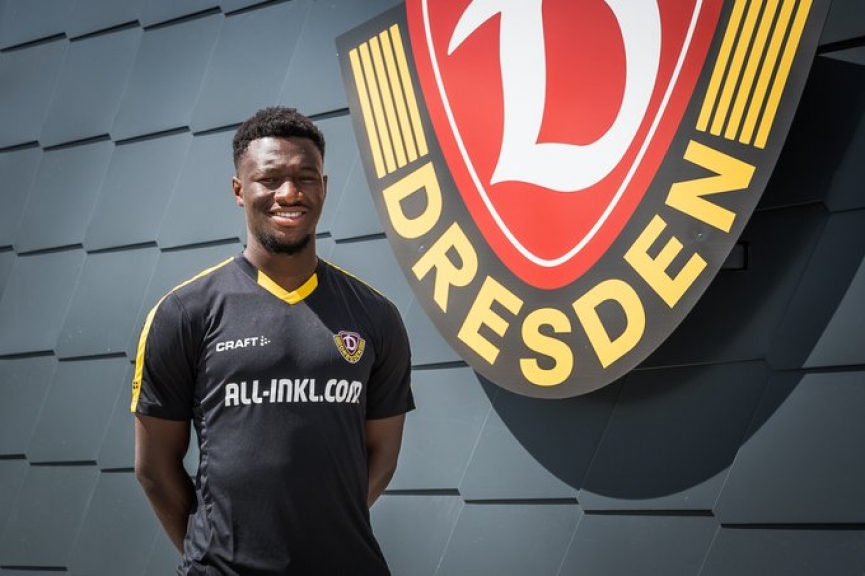 German-born Ghanaian winger Agyemang Diawusie has expressed his desire to succeed at his new club Dynamo Dresden after completing his transfer from FC Ingolstadt 04.

The 22-year-old signed a two-year-deal with the German third division club after passing medical check on Friday.

The contract will run until June 30, 2022, with Dresden having the option to extend. The two clubs, however, agreed not to disclose the transfer modalities.

“I would like to take the next step at Dynamo and constantly develop myself further. I am someone who prefers actions to words rather than words and wants to convince on the pitch. So much can be said: I will do everything I can to take my chance at SGD, ”said Agyemang Diawusie.

In Leipzig (2015-2017) Diawusie was used three times for the second team in the regional league in addition to the A-juniors. In addition, the outside player appeared three times in the U15 and once in the U19 of the German national team.

After a loan to SV Wehen Wiesbaden in the 2017/18 season, Diawusie joined FC Ingolstadt 04, who was playing in the 2nd Bundesliga at the time. In early 2019, he returned to Wiesbaden on loan until the end of the season.

In the past season, he made ten appearances for Ingolstadt in which he got four goals and two assists.

He is eligible to play for Ghana senior national team, Black Stars despite featuring for German youth teams.