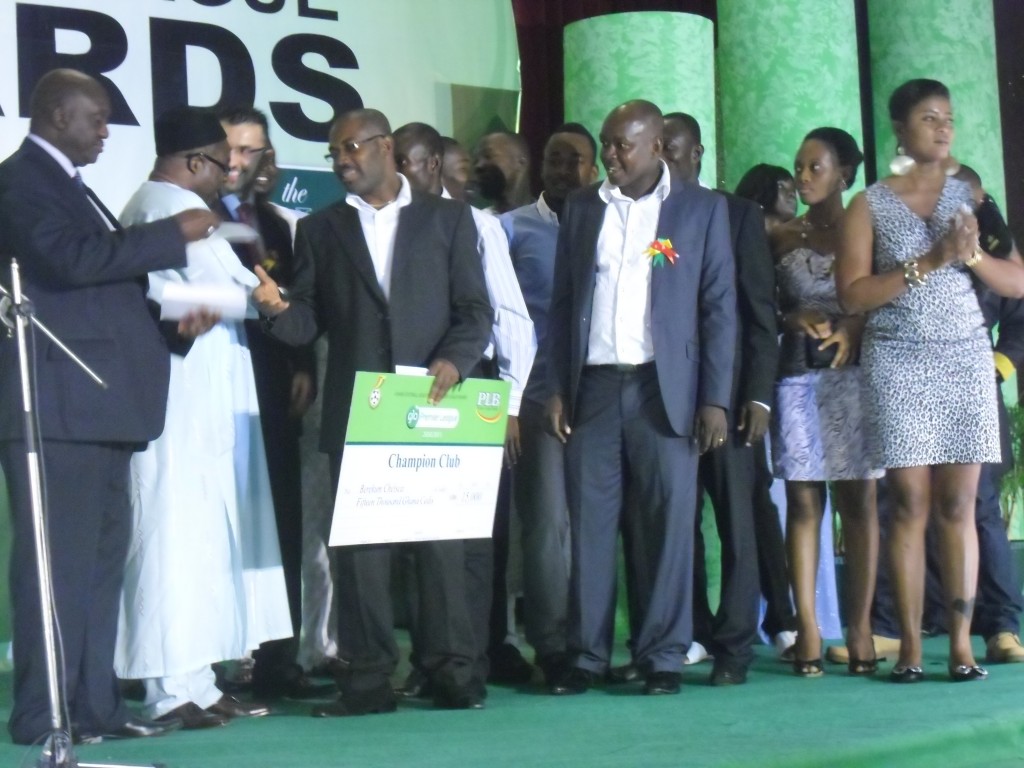 The Asante Kotoko player fend-off competition from Chelsea's Emmanuel Clottey and then Heart of Lions midfielder Gladson Awako to emerge the grand winner.

The rest of the categories were dominated by Berekum Chelsea who won the country's league title for the first time.

Orlando Wellington was rewarded for guiding Berekum Chelsea to last season's Premier League title by being named the Best Coach.

Chelsea's Ernest Sowah was adjudged the best goalkeeper of the campaign while the Best Defender award was handed to Rashid Sumaila of Cape-Coast Ebusua Dwarfs.

His 16 goals in the season under review won the award ahead of closest competitor Emmanuel Clottey of Chelsea who scored 15.

The award winners for the rest of the categories are as follows:

GFA Employees of the Season