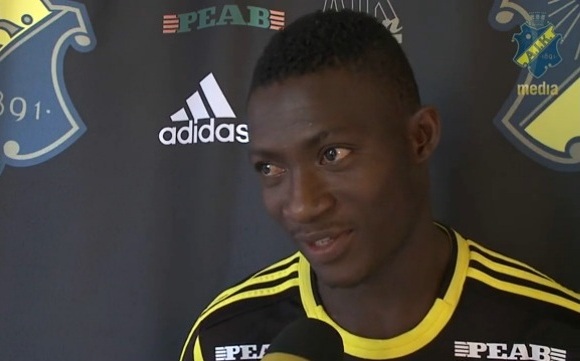 Swedish giants AIK Stockholm have announced the signing of Ghana Under-20 midfielder Moro Ibrahim on a three-year deal.

The offensive midfielder will be available for the capital side when he acquires his work permit.

He scored a second half free-kick in their 1-0 win over AshantiGold at the Accra Sports Stadium.

"I am joining a big club where the demands are high, and it suits my own ambition," Moro told the club's official website.

"The fact that a player like Derek Boateng got his big breakthrough at AIK is inspiring and I will do everything to make the team and the supporters proud of me."

AIK's sporting director Jens T Andersson has no doubts the New Edubiase player will be a hit at the club.

"Moro, despite his young age, has a great senior experience in the Ghanaian Premier League where he has been a regular for his team over the last two seasons and now a member of both the U-20 and U-23 national squad."