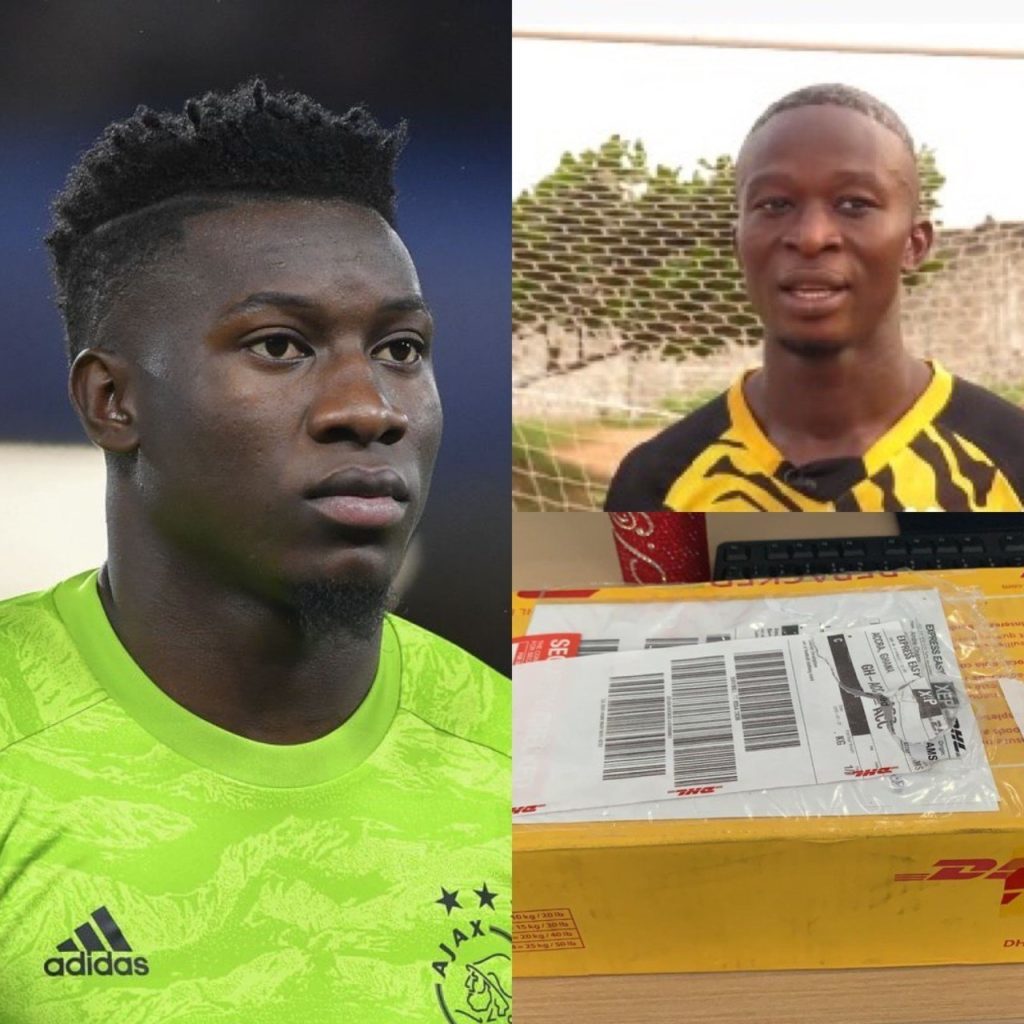 Cameroon and Ajax Amsterdam goalkeeper Andre Onana has fulfilled his promise made to an inmate Ghanaian goalkeeper Arhin Aboagye.

Onana pledged to send the talented goalkeeper his signed shirt and gloves after seeing a documentary by TV3’s Juliet Bawuah titled “Football Behind Bars.”

The documentary is a special series on football and reformation at the Nsawam Prison.

In the documentary, Aboagye hinted he aspires to a be a professional goalkeeper and has Onana as his role model.

The Cameroon shot stopper upon seeing the video of Aboagye making incredible and bold saves decided to gift him the signed shirt and gloves.

On Wednesday, Onana's gift landed at the office of TV 3 and will be handed to Aboagye very soon.

Ghana Premier League side Great Olympics have also offered to hand him trials with the intension to sign him permanently.

The talented shot stopper has three more years to serve at Ghana’s medium-security prison, having already served six years and some months.