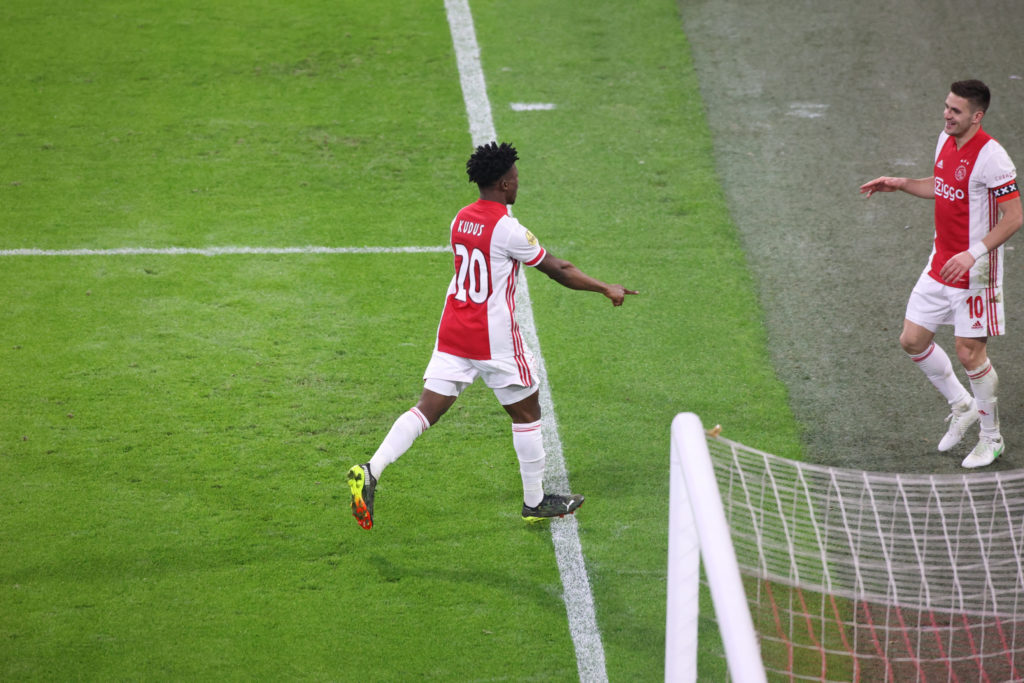 Ajax coach Erik ten Hag believes Mohammed Kudus is on the verge of recapturing his nerve after scoring on his return to the starting line-up.

The 20-year-old played for one hour and found the back of the net at the Johan Cruyff Arena in the 4-2 win over Sparta Rotterdam.

It was his second goal in the Eredivisie.

Kudus has now fully recovered from the serious knee injury that kept him out of action for about four months.

"His goal was fantastic. In the beginning he had to look for his position a bit, but I think he played well,'' ten Hag said in his post-match interview.

''He has been away for a long time. He can use this match to get one step further."