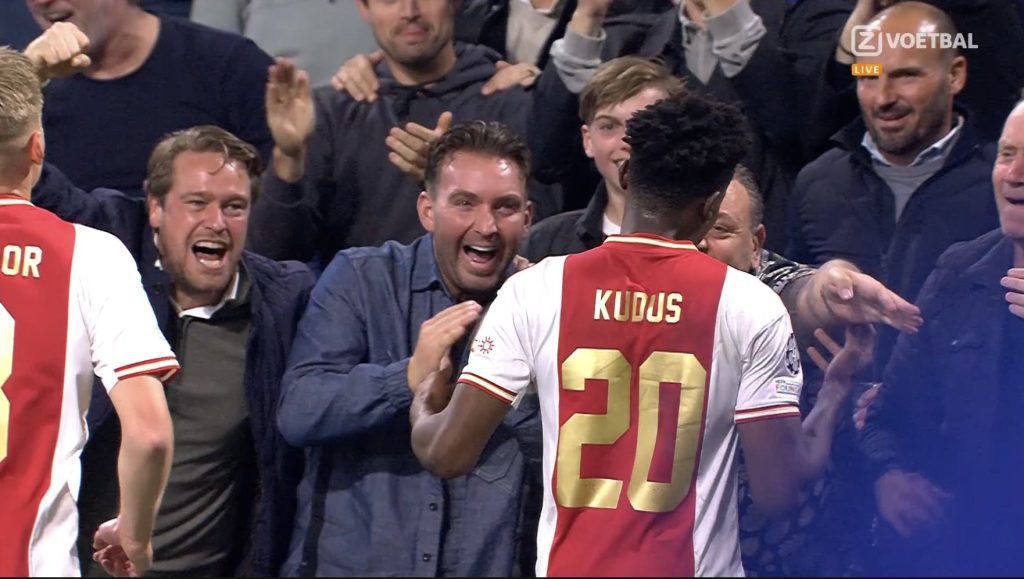 Mohammed Kudus is in top form, scoring goals for fun and quickly establishing himself as Ajax's most important player.

This is in stark contrast to Kudus' desire to leave Ajax early in the season, when he felt unwanted due to a lack of playing time.

After being demoted to the bench in the first few games of the season despite impressing during pre-season, the midfielder/forward attempted to force a transfer.

He agreed personal terms with Premier League club Everton and boycotted training in an attempt to force his way out of Ajax.

The Dutch champions, who paid 9 million euros to sign Nordsjaelland's Kudus, stood firm, and Kudus has been incredible since then.

The 22-year-old is now a regular and on Tuesday he scored his eighth goal of the season for Ajax in their shocking 6-1 defeat to Napoli.

Kudus scored his first Champions League goal against Rangers, and then stunned Liverpool at Anfield with a screamer.

Hands up if you’re the first Ghanaian to score in three successive #UCL games. pic.twitter.com/RM4080aEeL

Kudus, a graduate of the famous Right to Dream Academy, has eight goal contributions in his last seven games for Ajax.