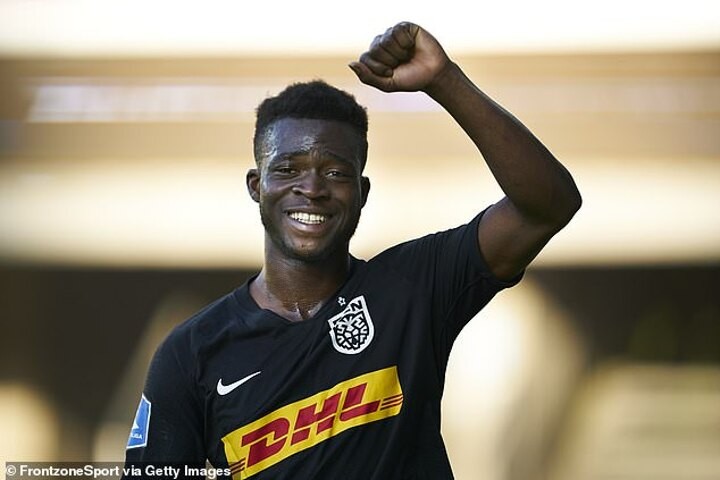 Dutch champions Ajax are trying to steal a march on Manchester United in the pursuit of talented Ghana winger Kamaldeen Sulemana.

Ajax’s director of football and former Arsenal winger Marc Overmars is set to travel to Denmark on Monday to watch 19-year-old Sulemana play for his club Nordsjælland against FC Copenhagen.

The Amsterdam club have already had a £10million bid turned down for the winger in the January transfer window but are poised to go in with a higher offer to get the deal done quickly and fend off interest from United’s transfer chief Matt Judge and German club Bayer Leverkusen.

Sulemana, who can play on either flank, first rose to prominence in Ghana’s Right to Dream Academy, who own Nordsjaelland and use them as a shop window for their most promising young players.

Ajax signed 20-year-old Mohammed Kudus from Nordsjaelland last summer and he has recently helped them win a 35th Eredivisie title.

Sulemana is tipped to become the most successful footballer from Ghana since Chelsea star Michael Essien.

He has scored five goals in his last five games in the Danish league and was named the league’s player of the month for April. He also made his international debut in October.

They also anticipate his value starting to increase if he features in the Black Stars’ high-profile World Cup qualifier against South Africa next month.