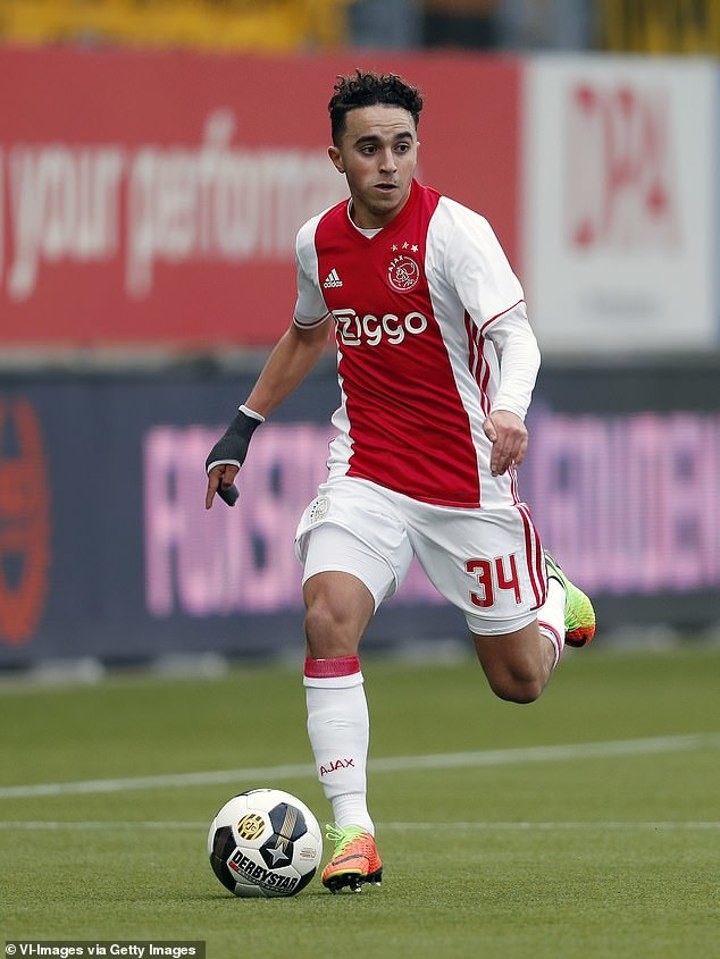 A Dutch footballer who was left in a coma after collapsing on the pitch is 'doing well' on his road to recovery - and even reacting to watching the sport again, his loved ones say.

The 22-year-old was in a coma for months but is now recovering in a house built especially for him, where he 'sleeps, eats, frowns and burps but is very dependent,' according to Dutch website AD.

Nouri's brother Abderrahim said the pair communicate through raising their eyebrows but the promising midfielder also physically reacts when watching football on television.

His father Mohammed told the site the family had been through a 'serious ordeal', adding: 'We have to take care of him at our very best. We try to do a lot ourselves.'

Meanwhile, Barcelona star and former Ajax team-mate Frenkie De Jong revealed how Nouri even played a part in securing his move to the Spanish giants.

'When I sat with him, his mother came in. She then asked Appie, "Appie, where should Frenkie go? To Barcelona?" As soon as she said that, his eyebrow rose. That was a very special moment.'

Many of Europe's top players paid a series of tributes to the youngster after his collapse.

Friend and ex-team-mate Justin Kluivert adopted his number 34 when he moved to Italian side AS Roma, and dedicated a goal in the Champions League against Viktoria Plzen to Nouri.

Meanwhile, Barcelona's Ousmane Dembele sported boots with the midfielder's name on them.

Hundreds of fans also showed their appreciation by gathering outside his home in Amsterdam shortly after the incident, which was met with emotional thanks by the player's relatives.

His father and brother then appeared on the podium as Ajax celebrated winning the Eredivisie title at the Museumplein in the city centre last May.

Nouri burst onto the scene as a teenager in 2016 and was considered one of Ajax's most talented prospects.