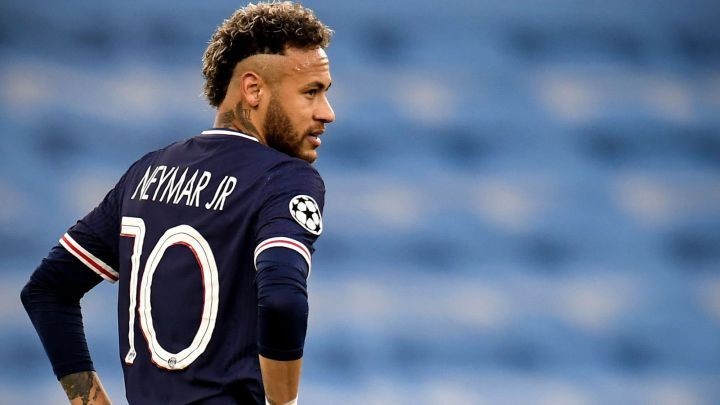 According to Catalunya Ràdio, PSG president Nasser Al-Khelaifi has been in touch with Joan Laporta to ask that Neymar not be unsettled by return talk.

The latest episode of the will-he, won’t-he Neymar back to Barcelona soap opera has taken a twist after Catalunya Ràdio reported that Paris Saint-Germain have been in touch with the Camp Nou club to ask that the Brazilian be left in peace and not unsettled by rumours of an imminent move by Joan Laporta to reunite Leo Messi with his former strike partner. Furthermore, it was no mere emissary who made the call but PSG owner Nasser Al-Khelaifi.

However, according to Catalunya Ràdio, this will not deter Barcelona from pursuing their former player, who moved to the Parc des Princes in 2018 in a world-record €222m deal. Laporta sees the signing of Neymar as a cornerstone of his economic, sporting and marketing plan given that money will be tight at Camp Nou this summer and the Brazilian, who despite suggesting recently he is happy to remain in Paris, will probably not be opposed to the idea. Given that he is 29, Barça will be expecting to pay less than half of what they sold Neymar for to facilitate his return. The prospect of a reunion with Messi will held to grease the wheels of the deal and in turn keeping the Argentinean on side is another issue firmly at the top of Laporta’s in-box. All in all, it is a win-win for the new Barcelona president.

PSG and Barcelona in a transfer power struggle

However, relations between the two clubs will not help to smooth the passage of any deal for Neymar to return. The entente between PSG and Barça was far from cordial when Josep Maria Bartomeu tried to sign Thiago Silva, Marquinhos and Marco Verratti, and Laporta has been no peacemaker either, sending several warning shots in the direction of Paris over the Ligue 1 side’s very public courtship of Messi during his election campaign. There is still a residual bitter taste in some Barça mouths over Neymar’s departure for PSG.

However, with his 30th birthday next year and a contract in Paris that expires in 2022, this could be Neymar’s last chance to secure a return back to Camp Nou. While Barcelona will have to tread very carefully and the stars will have to be aligned for a move to bear fruit, the fact that Neymar has been suggesting he will renew at the Parc des Princes but has yet to put pen to paper could be interpreted as the Brazilian waiting to see how concrete his former club’s interest is when the season ends.