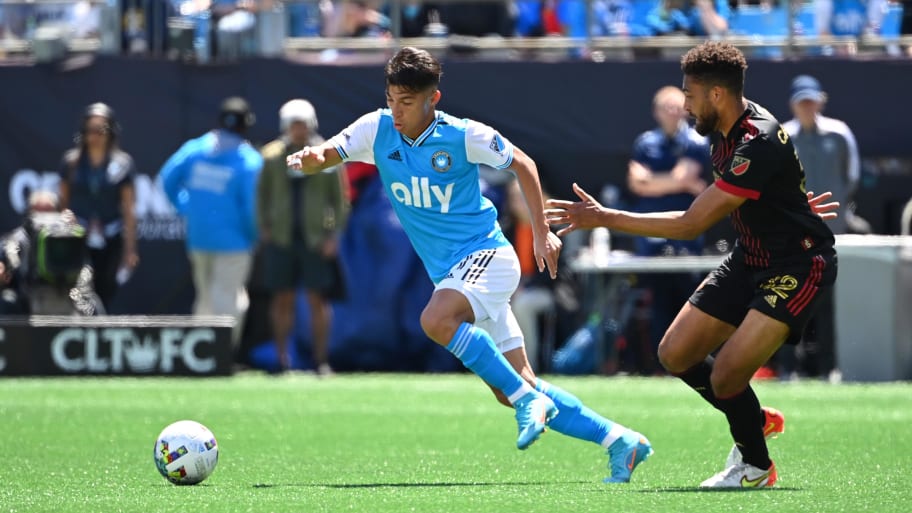 The Ecuador international was left out of the squad for Charlotte's 1-1 draw with the Columbus Crew last week and hasn't traveled with the team to Montreal this weekend in order to push a deal forward, 90min are told.

Talleres announced the deal on Friday but sources say that the transfer is not yet complete, though it's only a matter of time.

Franco joined Charlotte on loan from Brazilian side Atletico Mineiro prior to the start of the 2022 season and has gone on to make 11 appearances for the Crown across all competitions - starting nine MLS games.

The 23-year-old's loan will now be transferred to Talleres with the move thought to be mutually beneficial for both parties, with Franco getting more playing time in a World Cup year - Ecuador have been drawn into Group A alongside Qatar, Senegal, and the Netherlands - and Charlotte FC opening up senior and international roster slots ahead of the upcoming transfer window.

Charlotte are eighth in the Eastern Conference and now under the management of interim head coach Christian Lattanzio, who replaced the outgoing Miguel Angel Ramirez.

This article was originally published on 90min as Alan Franco to end Charlotte FC loan & join Argentine side Talleres.