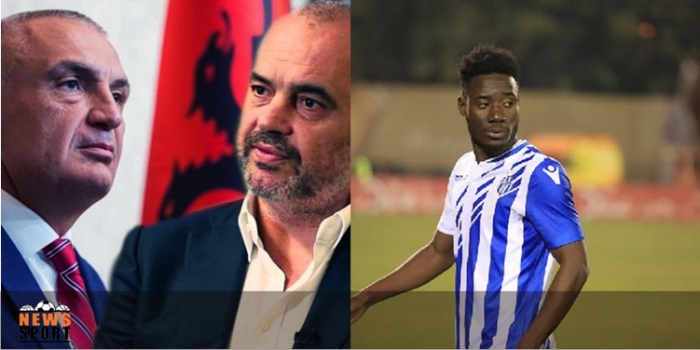 The Albania president Ilir Meta granted full citizenship of the south-eastern European country to the Ghanaian who had just spent just two years in Albania as five years of continuous legal stay is required to apply for citizenship.

Prime Minister Edi Rama is reported to have reacted to the move by the President to grant full citizenship to the Ghanaian and has accused him of forging documents for the FK Tirana star.

Spokesperson for the Albanian president Tedi Blushi has reacted to the accusations being made by the Prime Minister concerning the forging of documents by the President to grant Cobbinah, Albanian citizenship.

He described the claims made by the Albanian Prime Minister as an anti-national attack on FK Tirana and their supporters in a post on Twitter.

"Ilir Meta has as much to do with the Constitution as it has to do with the Golden Ball, that African footballer who received the Albanian passport for 8 hours from Ilir, while he was under accusation in Albania for forging documents! Both together, yes, they have a connection: They scored a goal with the head of justice!"

The former Hearts of Oak star played an influential role for the side as they clinched the  Katergoria Superiorelast season, ending a 11-year top-flight drought with their last success dating back in the 2008/2009 season.