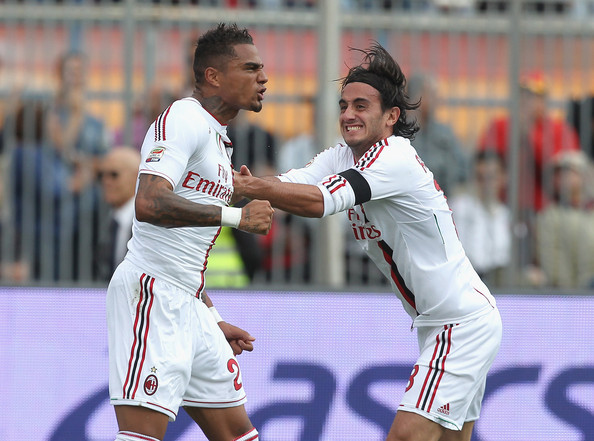 Former Italy international Alberto Aquilani has revealed he joined Las Palmas after a a heart-to-heart talk with Kevin-Prince Boateng.

Aquilani, 33, joined the La Liga club on a two-year deal and will fill the void left by the recent departure of the Ghanaian.

And the former Liverpool and AS Roma star, reveals Kevin Boateng played a key role in enticing him to join the Yellow Canary.

“Prince told me this is an amazing place to play and I’m looking forward to starting this new chapter in my career, Aquilani said.

“As well as technique and experience, I can offer other physical and mental aspects and footballing characteristics… everything I know,” the 33-year-old added.

“[LaLiga] has always been attractive to me and although I had other offers I decided to come to Las Palmas. I like the way the team plays and the way they move the ball around.

“Las Palmas have very good players and I’m looking to working together."

Aquilani had joined Pescara last summer but joined Sassuolo on loan in January.