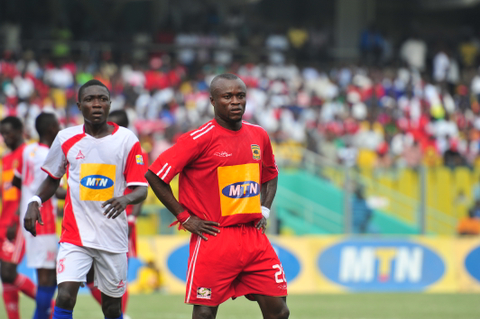 Entente Setif new recruit Alex Asamoah will miss the club's pre-season tour in Tunisia after his residence was burgled on Monday in the city of Annaba, GHANAsoccernet.com can exclusively reveal.

The 25-year-old lost his passport and that means his inability to meet his new teammates who have pitched camp in the neighbouring North African country.

The former Asante Kotoko striker, who has agreed a three-year deal with the 1988 African champions, has not had any workout since he arrived in Setif.

His fitness level is now a concern to officials of the club who were seeking to work on him as their lead marksman.