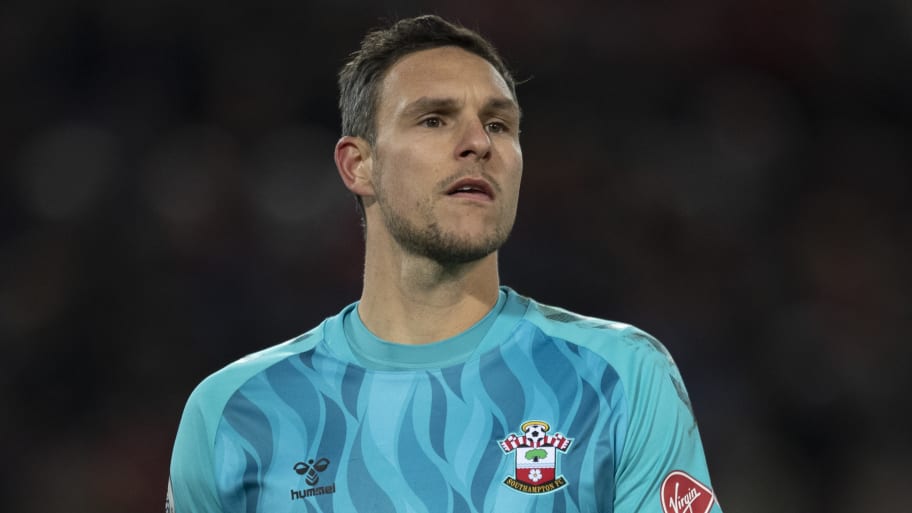 Manchester United are continuing to search for a back-up goalkeeper to provide additional cover for David de Gea, with Southampton’s Alex McCarthy on the club’s radar.

United recently loaned Dean Henderson to Nottingham Forest for the duration of the 2022/23 season, having also bid farewell to Lee Grant following his retirement in May.

Beyond De Gea, veteran understudy Tom Heaton is the only other goalkeeper in United’s first-team squad and occupied a place on the bench last weekend for the Premier League opener against Brighton. 36-year-old Heaton rejoined United last summer but has played only once to date.

90min understands that McCarthy is one of the options being considered. However, no approach has yet been made by the Old Trafford club.

The 32-year-old missed around half of last season through injury, having previously taken over as Saints number one at the end of 2017. But the summer arrival of Gavin Bazunu has seen McCarthy lose his place and he was sat on the bench in last weekend’s defeat to Tottenham.

McCarthy has previously also played for QPR and Crystal Palace in the Premier League but was not a starter for either club. He began his career with Reading and got his first taste of regular first-team football during a loan at Yeovil in League One in the 2009/10 season.

Manchester United have signed Tyrell Malaca, Christian Eriksen and Lisandro Martinez so far this summer. But they remain interested in Barcelona’s Frenkie de Jong, despite complications and competition from Chelsea, and are also in advanced talks to sign Adrien Rabiot from Juventus.

This article was originally published on 90min as Alex McCarthy on Man Utd radar in hunt for back-up goalkeeper.