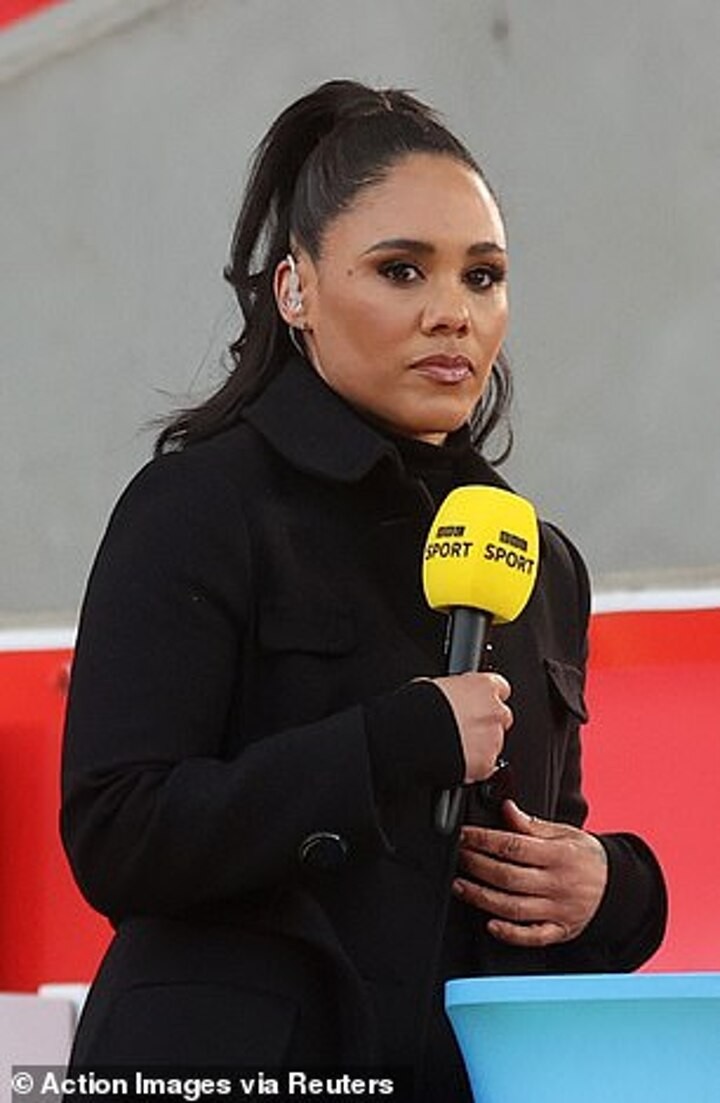 Alex Scott will become the first permanent female presenter of Football Focus when she replaces Dan Walker next season.

The former Arsenal and England defender has been chosen to succeed Walker, who is stepping down after 12 years as host of the iconic BBC show.

Scott's appointment has not yet been confirmed by the Beeb but Sportsmail understands an announcement is imminent.

The 36-year-old received sexist abuse on social media on Wednesday when it emerged that she was likely to land the role. But Scott hit back by posting on Instagram: 'The only box I'm ticking is the one I'm sitting on.'

Sportsmail columnist Chris Sutton, who works with Scott at the BBC, described Scott as a great presenter.

'It doesn't matter whether you're male, female, have zero England caps or 100-odd. If you're a great presenter then that's all that matters, and Alex definitely falls into that category. If Alex gets the gig, then she gets it on merit.'

Match Of The Day presenter Gary Lineker put his foot in it when he prematurely congratulated Scott on Twitter. Lineker wrote: 'With 140 @englandlioness caps and about 350 trophies in the cabinet, I reckon you'll do brilliantly.'

He later clarified: 'Apparently there's nothing official yet. Saw it was trending so may have jumped in prematurely. I know nothing.'

Scott has been a regular on Football Focus since she retired as a player in 2018 and has recently fronted the BBC's coverage of England Women matches.

The former Strictly Come Dancing contestant also has presenting experience from co-hosting The One Show, Sport Relief, Children in Need, Sports Personality of the Year and Sky Sports' Goals on Sunday.

It is understood she will continue her punditry on other channels, including Sky Sports, Amazon Prime and America's CBS Sports, but scale back her workload.