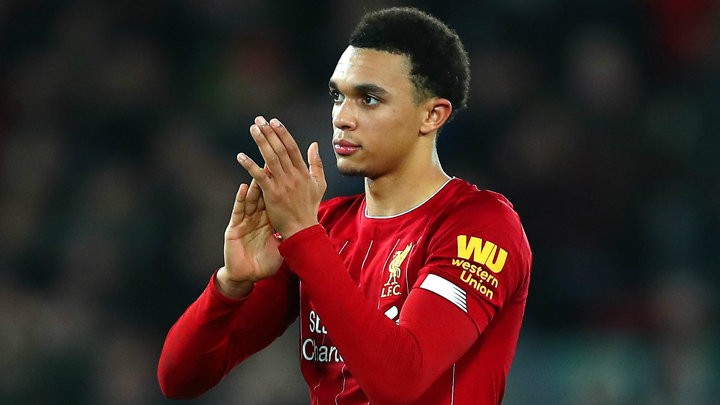 Former Brazil defender Cafu has backed Liverpool's Trent Alexander-Arnold to one day be crowned the best player in the world.

The 21-year-old has become a key member of Jurgen Klopp's side since 2018 and claimed a Premier League record for most assists by a defender last season.

Cafu, who has previously predicted Alexander-Arnold to win a Ballon d'Or in the future, welcomed comparisons between himself and the Reds defender, who he believes has the potential to become a superstar of the modern game.

"He’s a sensational player, a rare talent," Cafu told FIFA.com. "If he keeps playing the way he has been he will be regarded as one of the best players in the world. He has the potential to win [The Best FIFA Men’s Player] award.

"He’s technically brilliant, he has so much quality. He has a Brazilian style of play. I love watching him play. And playing in such a great team will help him grow."

Alexander-Arnold has played down Cafu's praise in the past, stressing he's not chasing individual awards.

"Obviously massive praise from a legend of the game. It's something that I'm really thankful for and obviously I have to give thanks to him for them words," he said in February.

"I try to be the best player I can be. I think it's obviously a team game, so it's about the players I have around me. The players I have in training, the manager, the support I have all around me that enables me to be as good as I can be.

"Accolades may or may not come in the future, it doesn't really faze me as much as maybe it does other players."

While Cafu has picked Alexander-Arnold to potentially become the world's best player, he struggled to pick between Cristiano Ronaldo and Lionel Messi when pushed.

"We’re talking about the two powers of world football. They’ve been at the top for 15 years," Cafu said.

"One has won six awards, the other five. It’s so hard to pick between them. They’re both magnificent players."

As for who will immediately succeed them, Cafu added: "Neymar. I think Neymar has everything to be the best player on the planet."