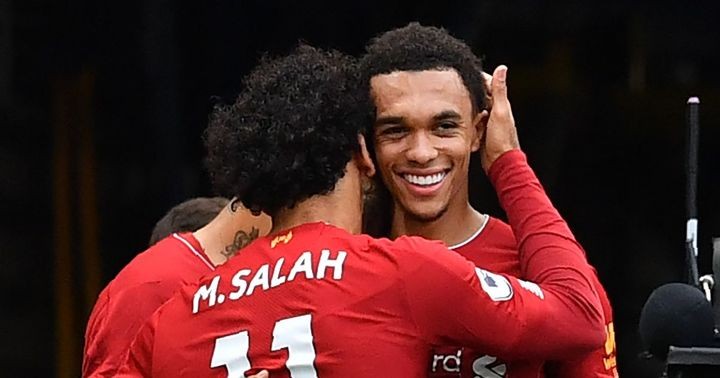 Trent Alexander-Arnold has paid tribute to Jurgen Klopp for the mentality he has instilled in the Liverpool squad.

In a documentary titled Behind the Dream, Alexander-Arnold told Liverpool model Rubi Deschamps how Klopp has been the driving force behind the club's success over the last two years.

"It's a just confidence in everything that we do and that just comes from him," Alexander-Arnold says.

"Everything is him and I don't think people realise the messages he gives us, the motivation, the mentality we all have is through him.

"He is the person that leads the club. He makes every decision at the club.

In the YouTube documentary, Alexander-Arnold also detailed how he deals with jeering from rival fans, offering a revealing example from earlier this season in a 2-1 win over Wolves.

He said: "At times I can hear fans but most of the time, I can't.

"I remember Wolves away this season, I got an assist [for Jordan Henderson] and I remember the ball went into the crowd and the fans took the ball.

"So I've been thinking: 'Ah! that is cheeky!'. So I thought let me try here...and I got an assist from it. Off the same corner."