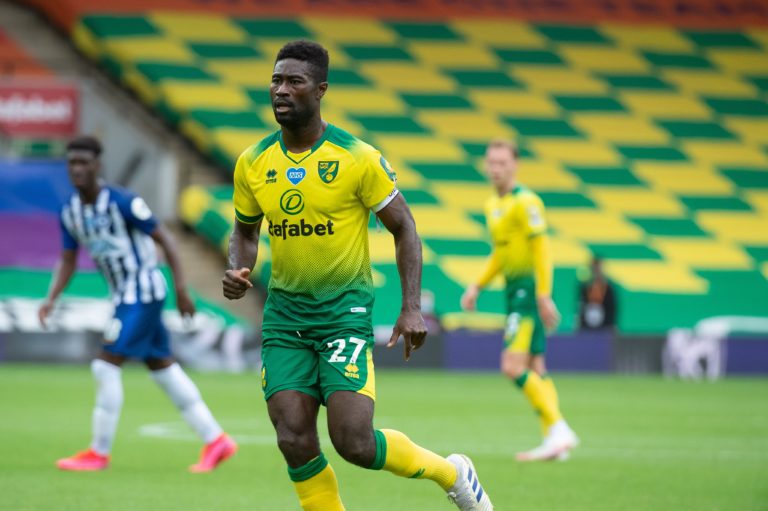 Norwegian football is on its way to becoming one of the most promising teams in Europe. The national team already features players like Erling Haaland, Joshua King, Sander Berge, Martin Odegaard and Kristoffer Ajer.

They also have a fantastic coach who has the ability to make them a menacing team in Europe. Having a naturalized player in Norway is a rarity, but we should say that Alexander Tettey, midfielder of Ghanian origin is such a player.

The 34-year-old is already in his twilight years but still remains a focal player for Norwich.

In this article, we will talk about him from his early years to present and how his career in the Norwegian national team progressed.

Born in 1986 in Accra, Ghana he moved to Norway at a young age in 1999 and soon at the age of 13 started his youth career for Bodo/Glimt. It was not long after he became a part of famous Norwegian club Rosenborg and made his debut in 2003 at the age of 17. His primary position was a defensive midfielder and in 2008 Tettey was made vice-captain. He was always known for his leadership and during his 6-year stint for Rosenborg, the Norwegian scored 15 goals in 129 matches.

Even though he is a football player of Ghanian origin, Tettey was never an alien for the country. He always enjoyed a lot of popularity and fans liked him. In all 34 matches, he played for the national team Tettey always showed determination and hard effort. At some point, online betting companies in Norway had him as a VIP player and it was a unique case where both Ghana and Norwegian companies featured Tettey as a favourite player. This fact clearly shows his influence on Norway and Ghana.

From 2009 to 2012 Tettey was a part of Rennes, the French team, where he scored 7 goals in 81 matches. Initially, there was an idea of creating a title-winning team, but unfortunately, the plan failed to materialize. In his first match, Tettey picked up an injury and his 3-year tenure for the club was hampered. But he still left a good impression.

When he moved to Norwich City in 2012, initially he signed a 2-year contract with the club. He managed to score a goal in his first match when Norwich were playing in the Premier League. But it should be noted that in Norwich as well, the injuries plagued him to realize full potential.

In March 2014 when he scored a goal against Sunderland it was considered as one of the best goals of the season. In December 2018 he made his 200th appearance for the club.

The 2019-2020 season was very tough for Norwich. The club, even though it was newly-promoted from the Championship did not manage to remain in the Premier League and finished the season in last place. However, we could not blame Tettey for that because the whole club was somewhat disorganized and Daniel Farke could not help them as well. Tettey’s last match in the Premier League was against Man City, which Norwich lost 4-0.

Right now Norwich are in the Premier League and Tettey did not leave the club. During 8 years Tettey managed to cement his status as a club legend and hero amongst the Carrow Road supporters and most likely he will finish his career in this team.

As for the national team, he has not featured for them since 2017 and is unlikely to be called up for the future campaign, because the competition is huge and Tettey is already past his prime years.