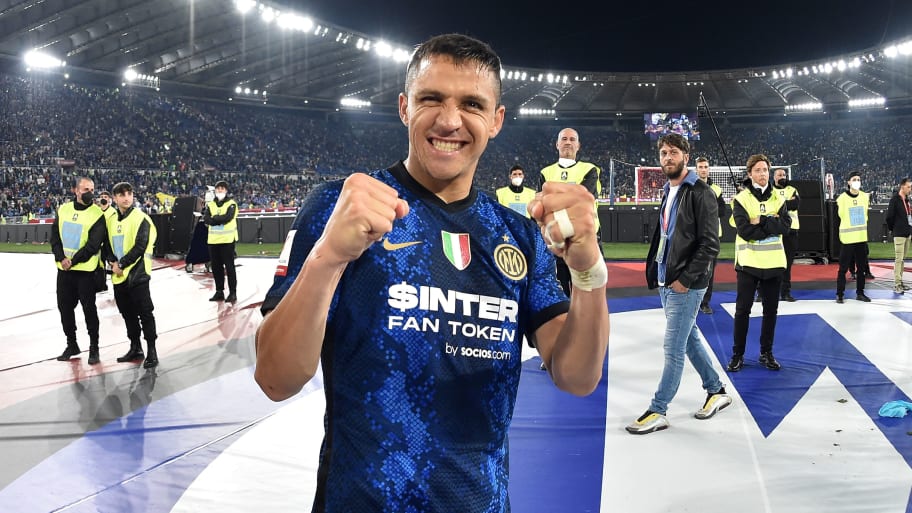 Alexis Sanchez is considering a potential return to Barcelona this summer, having left Camp Nou eight years ago when he joined Arsenal shortly after the 2014 World Cup.

But the Gunners, Marseille, Atletico Madrid and even Aston Villa are named as possible destinations in a report by Chilean publication La Tercera.

Sanchez is currently with Inter and has one more season left on his contract at San Siro, signed when he joined from Manchester United in 2020. The Chilean forward was only a back-up player with the Nerazzurri in 2021/22, starting just seven Serie A game and not at all after February.

“Marseille is one of the options that the player has on the table, but there are others that attract him the most, like Barcelona,” someone described as a ‘close friend’ told La Tercera.

“After June 30, he will make a decision about his future.”

It is claimed that Aston Villa are willing to match Sanchez’s current salary – the club was previously eyeing another veteran South American striker in Luis Suarez – with Arsenal said to be awaiting a decision on whether Sanchez wants to move on and Atletico Madrid monitoring the situation.

Sanchez, now 33, has struggled to recapture his best form since 2017. He netted 21 goals in all competitions during his final season at Barcelona in 2013/14 and scored 80 times in three and a half years with Arsenal, before his high profile move to Manchester United quickly turned sour.

This article was originally published on 90min as Alexis Sanchez considering summer return to Barcelona among other clubs.