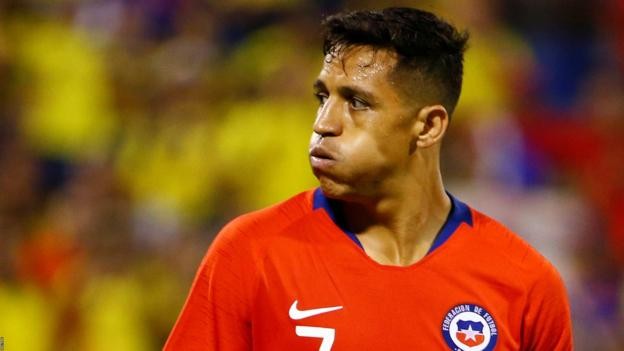 Alexis Sanchez started to impress for Inter Milan before the international break, scoring on his full debut against Sampdoria - although he was later sent off in the game

Inter Milan forward Alexis Sanchez faces a spell out after picking up an ankle injury on international duty.

Sanchez - on loan at the Italian club from Manchester United - was hurt in the second half of Chile's 0-0 friendly draw with Colombia in Alicante and replaced in the 87th minute.

The Chilean Football Federation said the 30-year-old has "dislocated tendons" in his left ankle.

Sanchez has returned to Milan for further assessment.

Sanchez, who joined Antonio Conte's Inter on a season-long loan deal in August, scored on his first start for the Serie A title hopefuls against Sampdoria on 28 September, and he also impressed in their Champions League defeat at his former club Barcelona.