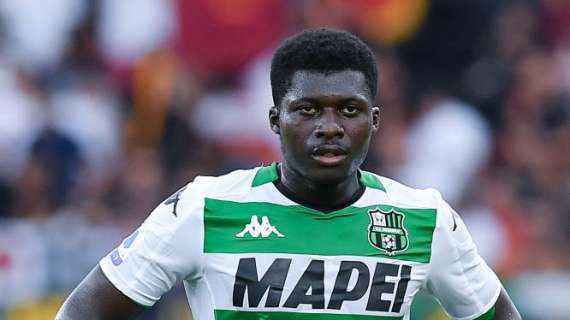 Ghana midfielder Alfred Duncan has been linked with a move away from Sassuolo in January after reportedly attracting interest from Fiorentina and Torino.

The 26-year-old has been great form this season. In 12 appearances for Sassuolo in the Serie A, he has scored one goal and registered five assists.

The two teams are said to be ready to go head to head in the winter transfer window for Duncan.

According to the reports, newly appointed Fiorentina coach Giuseppe Iachini is interested reuniting with Duncan. Lachini worked with Duncan at Sassuolo.

However, it is unlikely Sassuolo will let go of him without an equally good replacement.