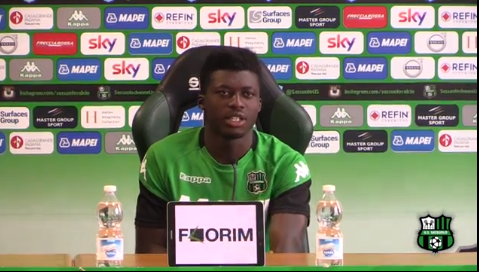 US Sassuolo midfielder Alfred Duncan claims their defeat to AS Roma was decided beforehand after goal-line technology ruled out a potential equaliser by millimetres.

The Neroverdi eventually lost 3-1, but it was only 1-0 when Patrik Schick’s clumsy clearance from a corner bounced off the crossbar and back out.

Goal-line technology did not send out an alert, because there was a millimetre or two still hovering above the line.

When the image went viral, Duncan launched a scathing attack via Twitter.

“Relax, it’s not a goal. Let’s just carry on with the shame of ruining football by deciding who needs to win a game beforehand.”