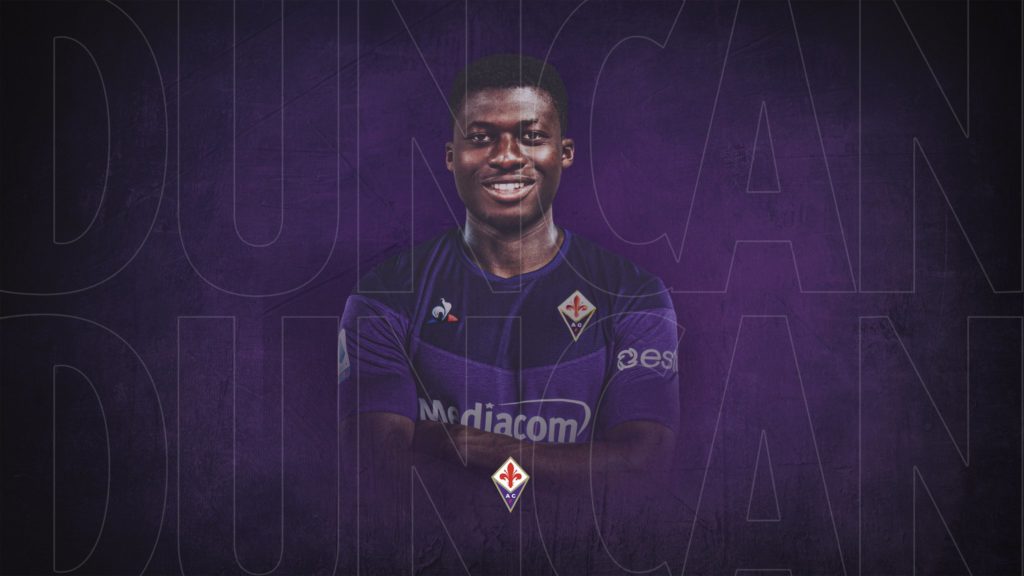 The Ghana international joined the La Viola's in the winter transfer window from Sassuolo.

However, he is yet to train with the team as he continues his recovery from an injury he picked up a month ago.

Duncan suffered a knock whiles playing for Sassuolo against Genoa in the Italian serie A.

The 26-year old signed a four year deal with Fiorentina and will soon make his debut for the club.