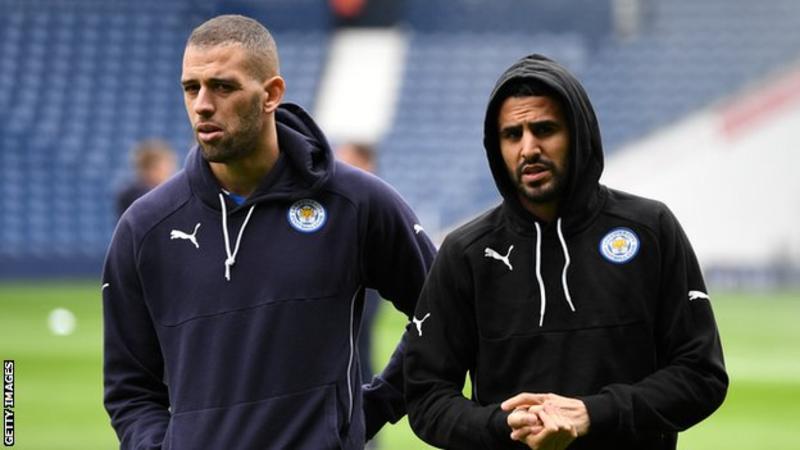 Algeria have followed in Ghana's footsteps by dropping big-name players  Riyad Mahrez and Islam Slimani for next weekend’s World Cup qualifier against Cameroon.

This comes after Black Stars coach Kwesi Appiah left out Swansea City ace Jordan Ayew and his brother Andre Ayew of West Ham United in Ghana's squad for the qualifier against Uganda.

With hopes for World Cup qualification fading very fast Ghana are looking to the future by inviting new players and Algeria seem to be following their lead.

The Dessert Foxes have dropped African Footballer of the Year Riyad Mahrez and his Leicester City team mate Islam Slimani from the squad for next weekend’s match in Yaounde.

The pair are major victims of a clear out of the squad announced on Sunday after Algeria suffered home and away defeats against Zambia in their last qualifiers to end their hopes of reaching next year’s finals in Russia.

Algeria reached the second round of the last World Cup in Brazil.

Midfielder Nabil Bentaleb was also dropped, while Carl defensive midfielder Carl Medjani was not considered after announcing his retirement from international football.

Last month the Algeria federation said they would try out new players for the last two qualifiers.

Coach Lucas Alcaraz, who has been given the last two qualifiers against Cameroon on Saturday and Nigeria next month, to save his job, has named four new players, including French-born winger Mohamed Fares from Serie A club Verona.

Algeria are bottom of Group B in African qualifying on one point from four matches, behind Nigeria (10), Zambia (seven) and Cameroon (three).

Only the group winners will advance to Russia.