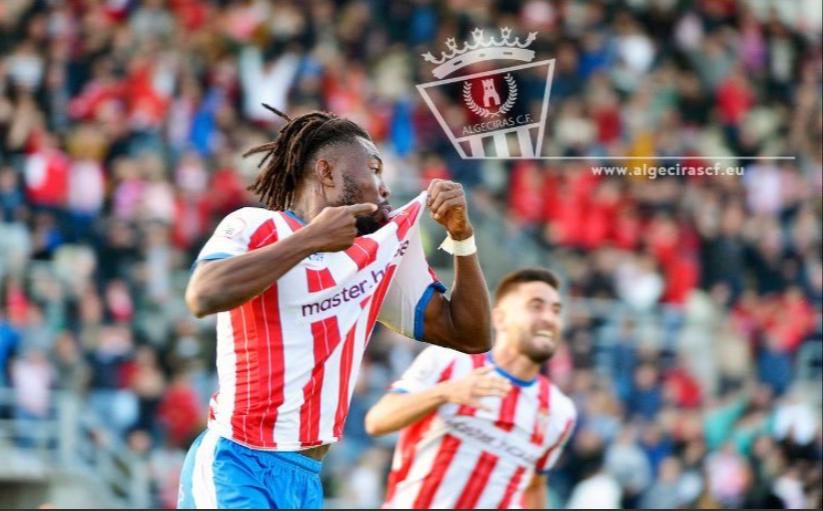 Ghanaian striker Abubakar Karim has expressed his excitement after scoring for Algeciras CF in the derby win against Linense in the Spanish Segunda B League on Sunday.

The Rojiblancos fetched the opener through Abubakar in the 29th minute after dominating the early minutes of the Andalusian derby.

Antonio Dominguez stepped up to convert a penalty in the 58th minute to seal a 2-0 victory for the hosts.

The win sent Algericas to 16th on the standings with 17 points after 16 round of games.

Abubakar, 24, took to Twitter to register his joy over the result.

“Winning a derby is always special. 🔴⚪ Huge, 10 + 1 hobby thanks to you for not stop believing in us. Vamossss shira 😘

He has scored one goal in 13 matches for the club in the ongoing league.