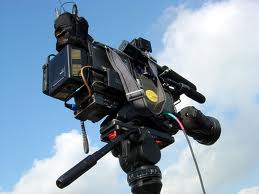 Qatari based news television station Aljazeera have secured the exclusive broadcast rights for the final phase of the 2014 World Cup qualifiers in the African region, according to reports in the Egyptian media.

CAF have a standing contract with SportFive over the broadcast rights of its various competitions.

The international sports marketing agency are therefore the only mandated body to resell these rights to interested television networks.

Reports in the Egyptian press however say Aljazeera have secured the exclusive rights to telecast all the five deciding World Cup qualifiers in Africa which begins next month.

These qualifiers include the epic clash between Ghana and Egypt.

It is however at this point unclear whether other television station have also secured the rights to telecast games.

Ghana FA boss Kwesi Nyantakyi who is the Vice Chairman of the CAF Media Committee hints the report in the Egyptian media could be true.

â€œWell, CAF only has a contract with SportFive over broadcast rights,â€ he told GHANAsoccernet.com.

â€œWe [CAF] donâ€™t have any contract with any network in that regard, in this case Aljazeera.

â€œBut SportFive could have sold the rights to Aljazeera but I cannot confirm to you if that is the case. But it usually works that way â€“ SportFive sells off the rights to other networks.â€