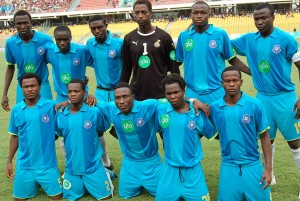 All Stars Chief Executive Oduro Nyarko insists the club will challenge for honours despite making little 'noise' in the transfer-market.

The first half of the transfer-window closed on Friday and the Wa-based side failed to bring in big name players to the club.

The Wa-based side settled for players in the second-tier league due to the huge financial demands on their targeted players.

"We have not bought big name players but we're not perturbed at all," CEO Oduro Nyarko told GHANAsoccernet.com

"We have players who are young and desirous to make a name for themselves and so Iâ€™m positive weâ€™ll be counted among the best this season.

"Never mind the teams who spent big in the transfer-market, the pitch will do the talking for all of us to see."

Mega-spenders Berekum Chelsea and Medeama SC were dominant in the transfer market.