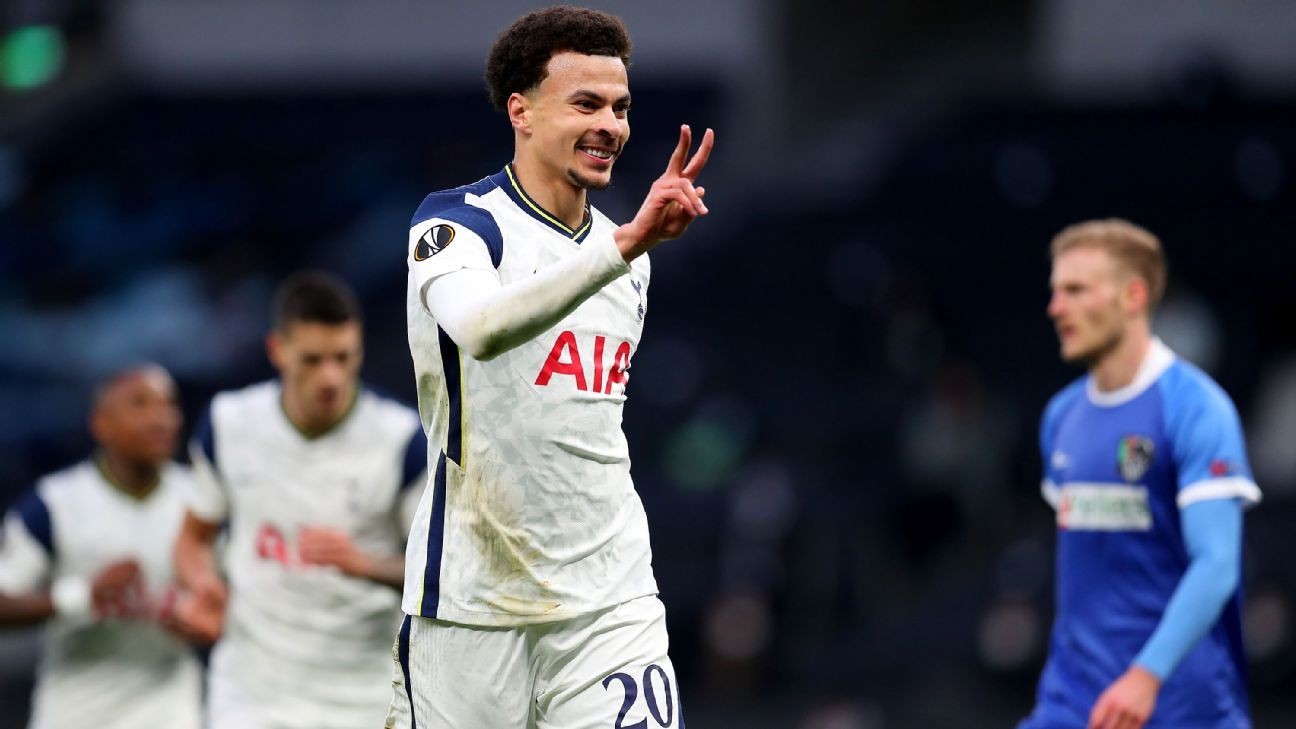 Dele Alli scored one and set up two more as Tottenham Hotspur recorded a comfortable 4-0 win against Wolfsberger to reach the Europa League round of 16.

Alli, who has not started a Premier League game since the opening day of the season and looked set to leave the club in January, opened the scoring after 10 minutes with a brilliant acrobatic effort.

The 24-year-old received the ball in the penalty area with his back to goal but flicked the ball up before executing an overhead kick to extend Spurs' aggregate lead in style.

Alli was central to Spurs' best moments all game and set up the second goal early in the second half. His lofted ball from the left wing was headed home by Carlos Vinicius at the back post for his eighth goal of the season.

Jose Mourinho was able to leave Harry Kane and Son Heung-Min on the bench due to a 4-1 lead from the first leg, but with just over 20 minutes to play Gareth Bale and Lucas Moura were introduced to the game.

Within minutes Alli played a perfectly weighted ball for Bale to thump home and extend Spurs' lead to three goals on the night.

Vinicius scored his second of the game on 83 minutes with an instinctive finish after 16-year-old substitute Dane Scarlett had won possession for Tottenham high up the pitch. That made it 4-0 on the night and 8-1 on aggregate.