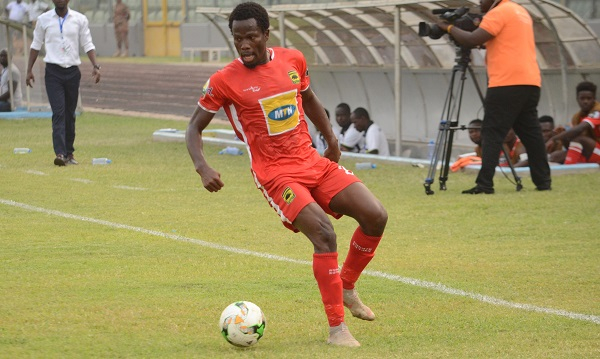 Fans of the local game are calling for the inclusion of the inform attacker into the Black Stars team for the Nations Cup in June.

Abdul Fatawu Safiu has netted six times in eight games for the Porcupine Warriors in the GFA Special Competition.

But coach C.K Akonnor is pleading that fans allows Black Stars coach Kwesi Appiah makes his own decision on the player.

"The truth of the matter is he has done well no doubt, but whether he will be called into the national team its not in our hands, its in the hands of the manager," C.K Akonnor told Oyerepa FM.

"So i think he's doing a good job. There are a lot of players and we should leave it to him to decide," he added.

Safiu was also a key member of Kotoko's CAF Confederatiopns Cup campaign netting three times for the Reds in the competition.