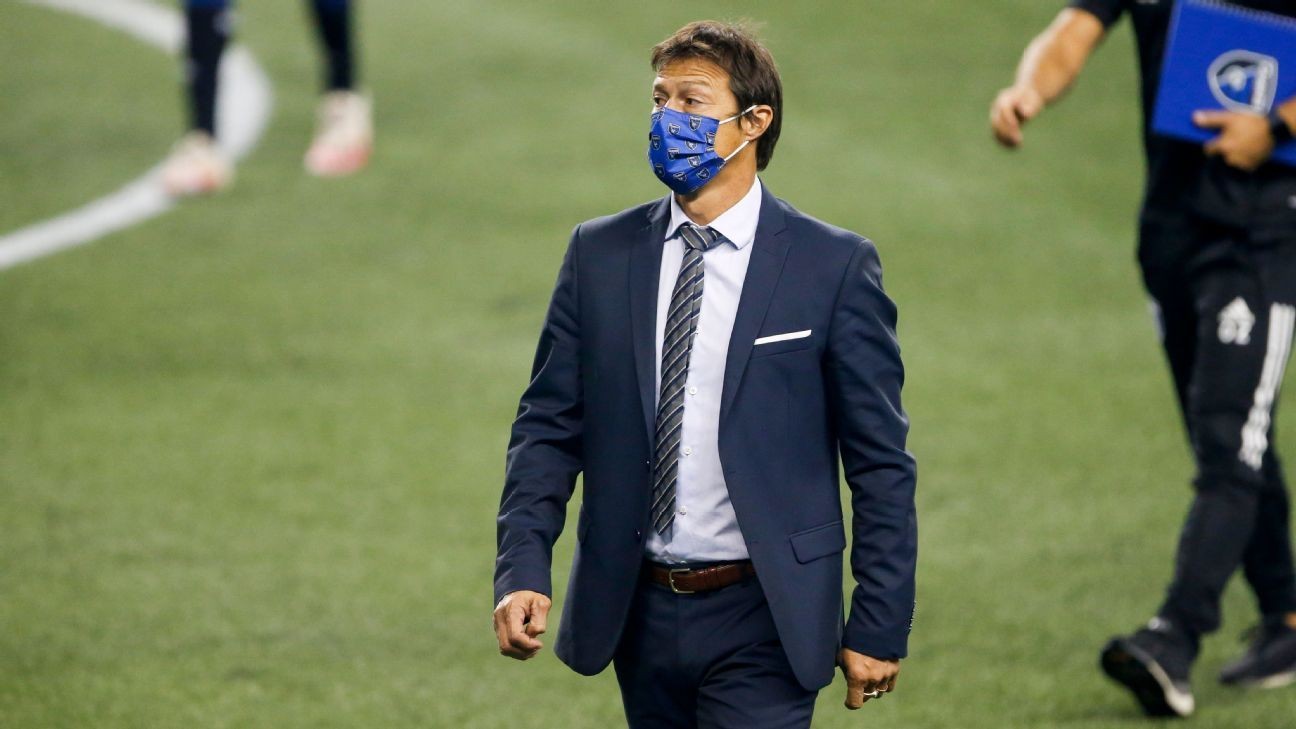 San Jose Earthquakes head coach Matias Almeyda has admitted that there is a gulf in quality between his team and recent opponents following a string of bad losses.

The Earthquakes fell 6-1 to Portland Timbers on Saturday and also lost 7-1 to the Seattle Sounders on Sept. 10.

The Earthquakes were one of the breakout teams of the MLS is Back Tournament, winning three of its five games. But since then Almeyda's side has conceded 23 goals over the seven games since the MLS regular season resumed, failing to win a single game and picking up only three points.

"It's there to see that we aren't being competitive, we have a lot of youngsters, the project here is different," said Almeyda told Argentinian outlet Radio Continental on Sunday. "Today there is a big difference between the opponents we are playing and ourselves. Our team needs [to be in] a different physical state, I know well what we have and how far we can go."

The Earthquakes played four games over nine days and with wildfires in northern California restricting training further, Almeyda stressed his team hasn't been able to work on the field to correct mistakes.

Almeyda also mentioned that he rejected an offer to take over the Ecuador national team earlier this year, saying that "I have a contract at San Jose Earthquakes and I have to respect it." He added that he isn't at the Earthquakes for money, comparing his coaching staff's salary in MLS to what they earned at Argentine club Banfield.

"We don't go after money, we go after a project," said Almeyda.

The former Chivas and River Plate coach didn't show for the post-game press conference following Saturday's loss due to a headache, but instead the club's GM Jesse Fioranelli gave a video conference and apologized to fans.

"Right now is a very difficult moment, I admit that we are very upset about recent performances," said Fioranelli. "We had a very different face we presented when we were in Orlando 9at the MLS is Back Tournament]. There were different circumstances. And it's not supposed to be an excuse, we are where we are right now.

"And we know that we have to correct things," he continued. "I can assure you, based on what the work, effort, and also the commitment has been of the entire first team that I have no doubt that in these last 11 games, we're going to present ourselves in a different way."

The Earthquakes have a chance to react to their latest defeat on Wednesday, when they play on the road against Colorado Rapids.